Kaepernick Is Now Team-less And Friendless…The Reason WHY Is HILARIOUS!

The contentious San Francisco 49ers quarterback Colin Kaepernick had not been looking as muscular as he did before and the reason he doesn’t was shared last season. 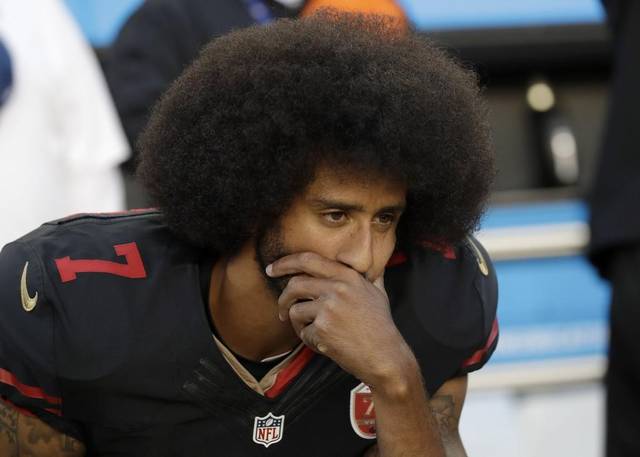 The guy that refused to stand for the Pledge of Allegiance at his games is now team-less and struggling to get signed. It had been reported previously that Kaepernick is deeply unpopular among those in the NFL, with an anonymous manager from the NFL’s American Football Conference giving a description of the whole situation with Kap, mainly that 70 percent of teams “genuinely hate him and can’t stand what he did [kneeling for the national anthem]. They want nothing to do with him.” That’s about relative with the 72 percent of Americans polled who viewed his protest as un-American.

But according to another source, the reason that no team has bothered to pick up the ostracized player is because he’s, well…vegan. Yes, you heard that right. Vegan.

We’ve heard pretty much every excuse as to why Colin Kaepernick is still a free agent. The speculation began with his politics, then it was his poor football play, then it was his demands and now it’s reportedly his diet.

The quarterback changed his diet to vegan after dating television star Nessa Diab. She revealed last offseason they had gone vegan together as a couple, and the quarterback later admitted himself he had switched to the diet.

Most storylines on Kaepernick last season dealt with his refusal to stand for the anthem, but there was actually a bit of commotion regarding him becoming vegan. He had a noticeable weight loss because protein (most commonly ingested through meats and dairy products) is crucial to maintaining muscle mass.

I very much doubt it has to do with what he eats and more so what he brings to the game – more controversy and less tickets being sold. Not to mention that he’s a TERRIBLE football player. Do you need anymore of an excuse than the last couple seasons?