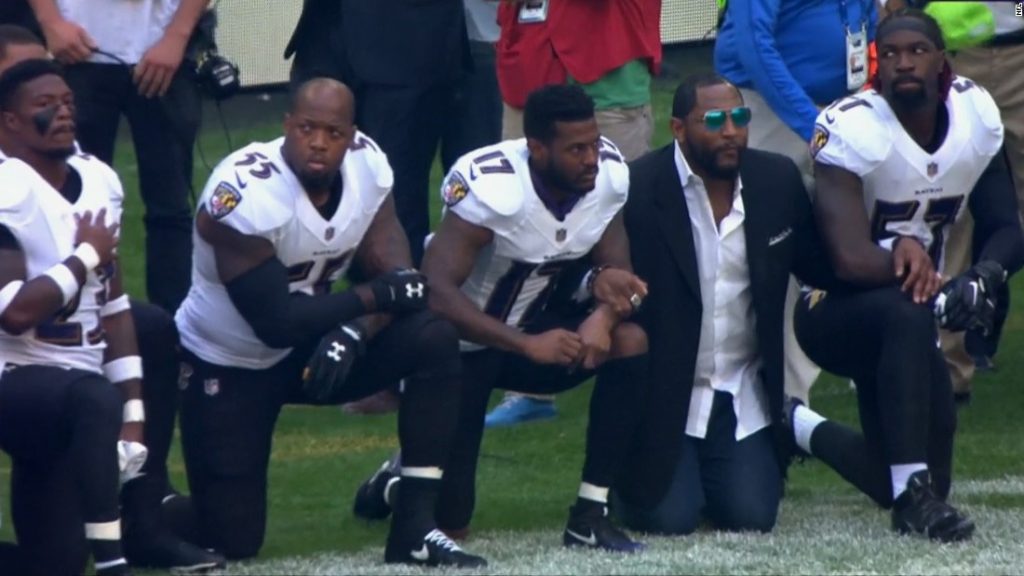 The left-wing geniuses at ESPN are now busy reporting that the owner of the Houston Texans, Bob McNair, had piped up at a recent meeting of fellow NFL owners and players, where they had met to discuss the recent protests.

McNair is not happy with the players who are choosing to kneel during the National Anthem and has compared the players responsible for displaying disorderly conduct to the inmates running a prison.

Then, McNair spoke up. McNair is among other things a multi-million dollar donor to the Trump for President campaign and agreed with the basic business concern of insulting their audience.

“We can’t have the inmates running the prison.”

Robert Kraft, a Trump supporter and the owner of the New England Patriots, said that he supports the league’s next marketing proposal and went on to predict that the issue would continue to work itself out over time.

The players had started that day’s conversation with Jets linebacker Demario Davis standing up and saying:

“I’m going to break it down for you guys. You guys aren’t supporting us, and until you do, there’s going to be an issue.”

I’ve been to enough meetings to know that that’s a poor way to open up — it sounds like a threat and you’ll never succeed in a negotiation with the other side if you start off with that kind of a threat.

The players had presented their notion of politicizing the NFL by involving themselves as lobbyists on Capitol Hill. It’s almost November and still, nobody who’s been kneeling at these games has really been able to explain why exactly personal political issues have to be the NFL’s problem. No wonder McNair is so irritated.

Earlier this week we reported that the protests and kneeling have been a nightmare for ratings. In 2015, the early weeks of the NFL season would garner on average over 18 million viewers, they’re now down to just over 15 million on average[2]. While there are a few reasons that could be contributing to this, fan surveys continue to point to Colin Kaerpernick and the kneeling protests as the reason for their refusal to watch games.

And for some up-to-the-minute news, McNair has now apologized for his remarks.