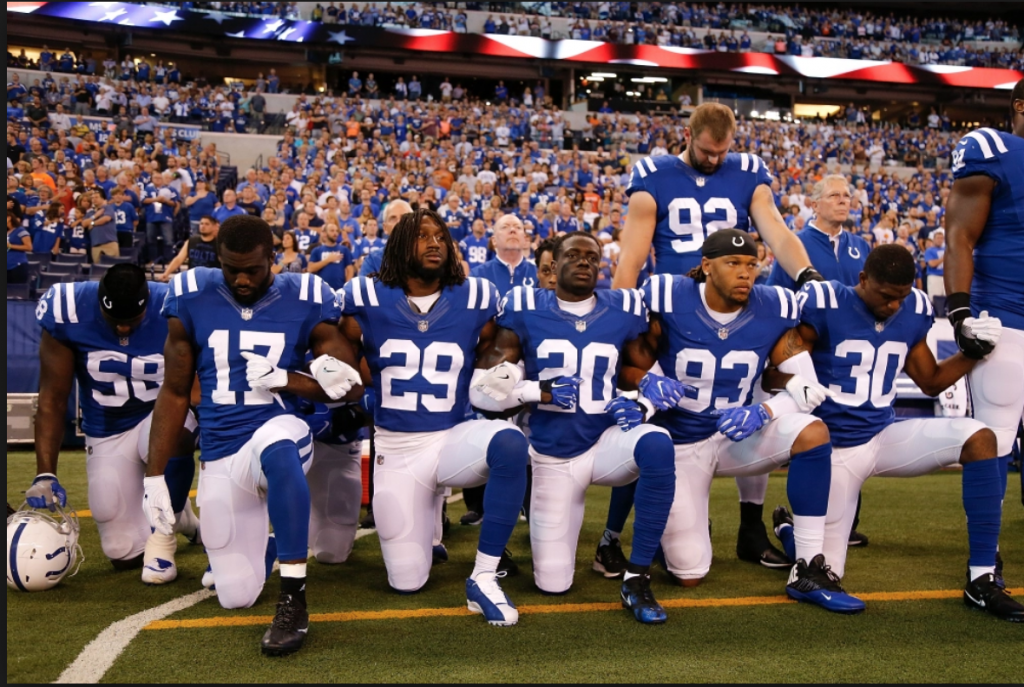 As the Jacksonville Jaguars squared up for a game against the Los Angeles Rams, both the kneeling players and the audience noticed a banner flying 1,000 feet above them. Until then, they didn’t realize that a local man had hired a plane to fly over at that exact moment trailing a banner that read:

BE AMERICAN. BOYCOTT THE JAGS & THE NFL

The banner even had the nice touch of an American flag and the man who financed the whole operation out of pocket was Terry Smiley, who said that he decided to have the banner printed before the Jaguars played the Rams at EverBank Field in Jacksonville, Florida.

When asked about his actions, Smiley said that he is asking others to boycott the football games, saying that he himself has also stopped watching them on TV. He said that he was “disgusted” by the players from his local team, the Jaguars, who were choosing to take a knee during the National Anthem[2], asking:

I’ve noticed that when you start asking pro-kneelers about this, they’ll say it has nothing to do with being American or disrespecting the flag, which is nonsense. They’re using disrespect toward the flag and the anthem to make headlines and to bring attention to their anti-police causes.

Even if he just means that the NFL kneelers won’t have their NFL jobs in the future, he’s right.

Smiley is a former Jags fan who hired the plane to fly for two hours, sending the message about kneeling for the entire game.

The cost to put together a banner like this and rent a plane for one hour is between $300 and $500. A few people chipping together could reasonably start a trend across the nation of renting airborne banners for a low cost way to show their displeasure and guarantee that the team and local media alike get the message.

Smiley said that he too has the right to protest and he’s going to use everything at his disposal, including planes, to “continue to protest.” Smiley says that a boycott of the Jags will “hit them in the pocketbook where it [hurts],” saying that holding back money is the way to get the team on their proverbial knees.

You can watch a 30 second video here along with an interview of the man who paid for the banner here: