The struggle bus just gained a few more passengers, as Louisiana State Representative Kenny Havard called for the state to pull funds from the Saints if they continue to kneel for the National Anthem.

He refuses to subsidize players who disrespect this amazing country and millions of football fans stand behind him in feeling outraged by the blatant display of conceit. 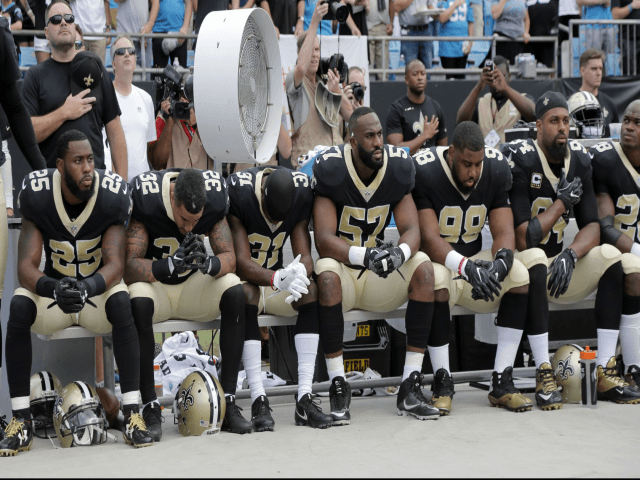 He gave an interview to local media in which he discussed his opinions regarding the “protests” and he certainly didn’t pull any punches.

“Disrespecting our National Anthem and flag in the name of social injustice is the highest form of hypocrisy,” he stated bluntly. “I believe in the right to protest, but not at a taxpayer-subsidized sporting event. Do it on your own time. There are plenty of disabled children, elderly and veterans in this state that would appreciate the money.”

Now much money does this football team get from the state?

Approximately $165 million, which makes up a small portion of their $1.5 billion in earnings. Why they receive state money, I have no idea. I feel like perhaps that money would be better spent trying to fix up low-income neighborhoods, improving schools, sending under-privileged kids to college, etc., but apparently the state feels like it should be given to the sports ball team for… something.

But this isn’t the only way that the state would be able to make disrespectful players pay. The Saints and the Pelicans (NBA) don’t pay rent to use the Mercedes-Benz Superdome and Smoothie King Center which are both operated by the state. Recently, the state payed $85 million to repair the Superdome. Saints and Pelicans owner Tom Benson gets to keep all of the profits associated with games played in those locations, concessions, parking and ticket sales, but that free ride could end if he doesn’t discipline his high-priced circus clowns.

Louisiana might decide tomorrow that they want a slice of that lucrative pie and demand rent, as well as a cut of the profits. They could tax the money made from the use of a public resource and put it back into the community. All of this and more could happen (and should in my opinion, regardless of whether the players are standing or kneeling) if the Saints refuse to start showing respect the country that has given them so much.

Entertainment is supposed to be the ultimate uniter. It’s supposed to be the place where we can go to get away from preachy political pundits who are telling us that our political beliefs are part of the problem, no matter what side of the aisle we’re on. Now we’re being forced to choose between our love of country and our love of one of our favorite sports, and it’s splitting our nation right down the middle.