Actor Marlon Wayans[1] first cut down Mike Vick who told Colin Kaepernick to cut his afro. He called him a hypocrite because he wore cornrows during his football career. “Aw, Mike Vick! You had damn cornrows! What the hell!” At issue here is that Michael Vick told Kaepernick to clean himself up and he might be chosen for a team. Harsh… yep. But probably true.

Having said that, Wayans thinks Vick is way out of line and that Kaepernick’s hair has nothing to do with his recruitment. It’s his refusal to stand during the Pledge of Allegiance. Wayans had this to say: “You can’t kneel and throw interceptions,” Wayans told TMZ Sports. “If you ain’t gonna score, you ain’t gonna have them yards, [then] you better stand up and pledge allegiance, sir.” Hard to argue with that… he leveled Kaepernick. But before you start admiring Wayans, he has a lot of respect for Kaepernick and his kneeling ways. But he thinks he has to show he’s a good football player or no one will sign him. Again, true. 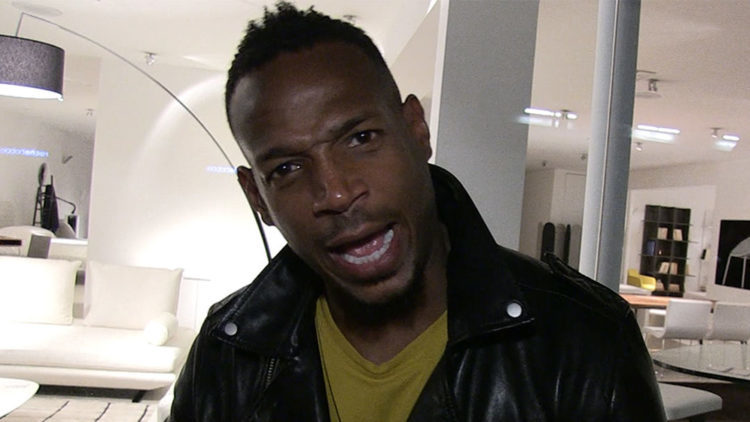 TMZ Sports spoke with actor Marlon Wayans about former NFL star Michael Vick saying[4] Colin Kaepernick should clean up his image and be more “presentable” while he waits for a team to sign him.

After being surprised Vick would say that when he had cornrows during his playing days, Wayans said Kaepernick’s play on the field needs to be good before protesting.

“You can’t kneel and throw interceptions,” Wayans told TMZ Sports. “If you ain’t gonna score, you ain’t gonna have them yards, [then] you better stand up and pledge allegiance, sir.”

While appearing on Fox Sports 1’s “Speak for Yourself” Monday, former NFL star quarterback Michael Vick proposed Colin Kaepernick should get a haircut and make himself more “presentable” if he wants a job in the NFL. He also stated, “Listen, I’m not up here to try to be politically correct.” He really thinks that Kaepernick should go clean-cut because perception is everything. To this advice, Kaepernick responded with an Instagram post referring to Stockholm Syndrome. I don’t think Vick got his message across.

You know why Kaepernick hasn’t been signed? It’s simple… he is a lousy football player, he’s too controversial politically and the fans hate him. That’s why no one wants him. Cutting his hair and being clean-cut won’t change anyone’s mind on this guy. He did this to himself. Both Wayans and Vick admire Kaepernick… God knows why. Both gave pretty good advice, but Kaepernick is too arrogant to listen to anyone else. He has a permanent position on the bench and he can just stay there as far as America is concerned.