It turns out that if you start burning their jerseys, cancelling your NFL Sunday Tickets, turning off the game and rescinding your support publicly, sports teams are forced to check their political beliefs at the door and do what they are paid to do.

The Pittsburgh Steelers are realizing that protesting the President’s words is going to be much more costly than they imagined. It took them 4 days to see that standing in the locker room while the National Anthem is playing is a really good way to lose not only a lot of support, but a lot of money as well. 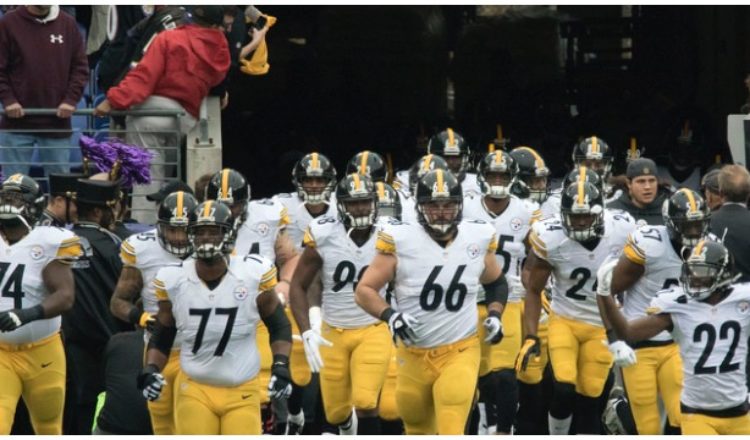 Now, after learning that their actions have consequences, the Steelers are going to “do the right thing” and stand for the National Anthem, according to Maurkice Pouncey.

Huh, it’s almost like the National Football League itself isn’t the only one who can punish football teams for their actions. It’s almost like football is a sport, entertainment and these over-paid circus clowns rely on the people of the United States to pay their bills and anything they do to alienate their audience threatens their payday.

It’s almost like they aren’t supposed to have any sort of political belief while on the field and they’re just getting paid to play the freaking game that they were hired to play.

The thing is, this shouldn’t even be an issue that needs to be discussed. It is one of the rules that the NFL handbook specifically addresses.

“The National Anthem must be played prior to every NFL game, and all players must be on the sideline for the National Anthem,” it states. “During the National Anthem, players on the field and bench area should stand at attention, face the flag, hold helmets in their left hand, and refrain from talking. The home team should ensure that the American flag is in good condition. It should be pointed out to players and coaches that we continue to be judged by the public in this area of respect for the flag and our country. Failure to be on the field by the start of the National Anthem may result in discipline, such as fines, suspensions, and/or the forfeiture of draft choice(s) for violations of the above, including first offenses.”

So, while the First Amendment protects their right to legally take a knee, the NFL handbook protects the ability of the league itself to punish players who refuse to fall in line with their rules.