Mike Ditka: ‘If You Don’t Respect Our Country, You Shouldn’t Be in this Country Playing Football’

You’ve just gotta love Mike Ditka. He definitely isn’t bashful and will tell you with passion exactly how he feels. He let loose in a recent interview on these racist idiots that insist on kneeling for the National Anthem. And he didn’t hold back. He said, “There has been no oppression in this country in the last 100 years that I’m aware of.” Agreed. He appeared with Jim Gray on Westwood One’s Monday Night Football pregame show. Ditka made it crystal clear that he thinks all players should stand for the National Anthem.

When asked by host Jim Gray whether players should be benched for kneeling, he got a blunt answer, “Yes, I don’t care who you are, how much money you make. If you don’t respect our country, then you shouldn’t be in this country playing football. Go to another country and play football. If you had to go somewhere else and try to play the sport, you wouldn’t have a job…. If you don’t respect this flag and this country, then you don’t know what this is all about. I would say, adios.” I love it! 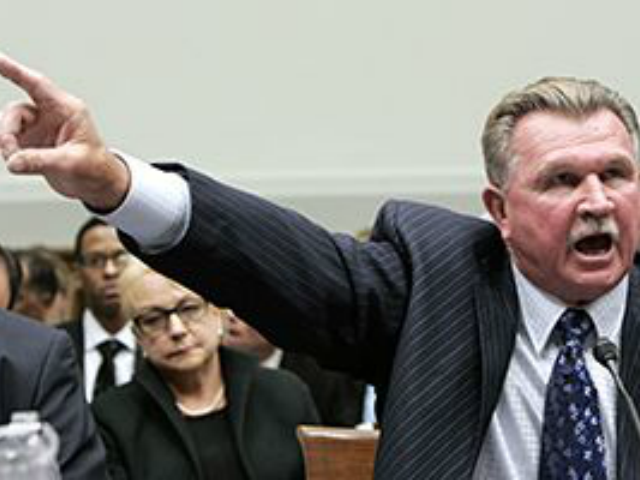 Then Ditka was asked about athletes like Muhammad Ali and Jesse Owens, who used sports as a platform for protesting. Again, this is classic Ditka:

I don’t know what social injustices [there] have been. Muhammad Ali rose to the top. Jesse Owens is one of the classiest individuals that ever lived. Is everything based on color? I don’t see it that way. You have to be color blind in this country. You have to look at a person for what he is and what he stands for and how he produces — not by the color of his skin. That has never had anything to do with anything.

But, all of a sudden, it has become a big deal now — about oppression. There has been no oppression in the last 100 years that I know of. Now maybe I’m not watching it as carefully as other people. I think the opportunity is there for everybody — race, religion, creed, color, nationality. If you want to work, if you want to try, if you want to put effort in, you can accomplish anything. And we have watched that throughout our history of our country.

People rise to the top and have become very influential people in our country by doing the right things. I don’t think burning the flag, I don’t think protesting the country, . . . it’s not about the country. . . . They are protesting maybe an individual, and that’s wrong too. You have a ballot box, you have an election. That’s where you protest. You elect the person you want to be in office. And if you don’t get that person in office, I think you respect the other one. Period. 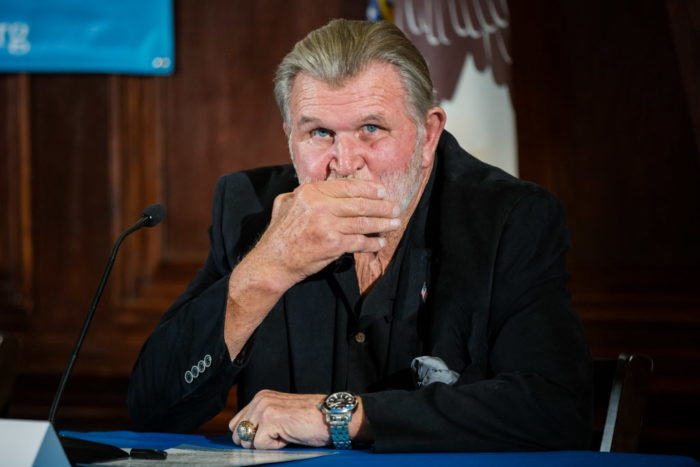 You can imagine this was not received well by the sports media. Too freaking bad. Pro Football Talk’s Darin Gantt had the nerve to basically call Ditka an angry, racist old man. I’d like to see him say that to his face. Gantt wrote, “Ditka won a title with the Bears in 1963. Perhaps caught up in the excitement, he missed the passage of the Civil Rights Act the following year, or the problems that preceded it — and the ones which continue to this day. While it’s easy to dismiss the remarks as those of a cranky old man who just wants you young (black) rabble rousers to get off his lawn, they’re also as prevalent as they are willfully ignorant. One of the great things about being privileged is how easy it is to never see the problems around you.” What a jackass.

He deliberately misconstrues Ditka’s words and meaning. Typical. I doubt that Gantt has any sense whatsoever of what real oppression is. He might want to visit a communist country or the Middle East. Frankly, racism was just about dead in this country until Obama came along. America is not perfect, but it is the freest nation on the planet. All this protesting over oppression is just bitingly stupid.