I personally think that Roger Goodell is the worst thing that ever happened to the NFL and Colin Kaepernick comes in a close second. But it didn’t happen overnight. The leftward slide during the Obama years took ESPN off a progressive cliff. But they were behind the curve. Even as Obama took his second term in hand, America was beginning to right itself literally. All the things that ESPN embraced then were in contrast to what Americans were embracing. They could have seen it coming if they had watched Democrats getting trounced across the country. Instead, they decided to hug their inner Marxist.

The leftward lurch by voters wasn’t a trend, it was an anomaly and ESPN as well as Roger Goodell misread it. Which in the end, may very well be a fatal mistake. Democrats have now lost power on every level, local and national. Progressivism is roundly hated by most, but it would seem that ESPN thinks it will somehow come back into vogue. They refuse to face reality and now we have a clash between sports and Americans themselves. As John Nolte at Breibart points out, “Even as Democrats lose their strongholds in New England, even as Republicans win every special election, the media not only refuse to recognize the fact that America is a right-of-center country, they are intentionally fabricating a reality that says the exact opposite.” Reality is about to bite them in the ass. 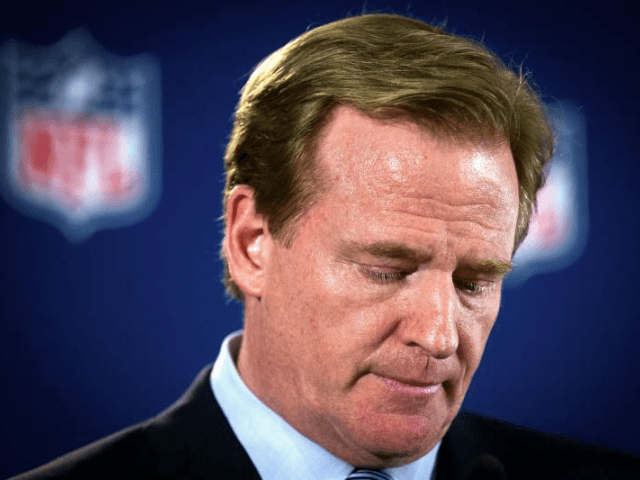 The left now uses the communist tactic of weaponized propaganda in everything they touch. The only way the left feels they can get America to go far to the left, is to paint a different reality and sell everyone on it. That includes fake polls and news. They are trying to paint themselves as the majority, which is laughable. Unfortunately, they have billions of corporate dollars they are using to reshape reality. You see it in the quagmire that DC has become even though the Republicans control the House, Senate and Presidency. Our politicians are supposed to be the best and brightest of us, but that turns out to usually not be true. And most of their realities can be bought. The weak ones can be bullied.

Goodell fell for the same manufactured reality and propaganda. He could have stopped ‘Kneel Gate’ a number of times. The latest of which was last week. But he’s so spineless, that he once again did not put his foot down and will lose more fans and money because of it. Goodell is helping the NFL commit suicide. He takes his cues from ESPN and CNN. He swallowed the idea that Black Lives Matter was THE American movement and that the good guys are the bad guys and America must pay for her sins. It’s all about identity politics and social justice. What it should be about is football and America. He didn’t get the memo. 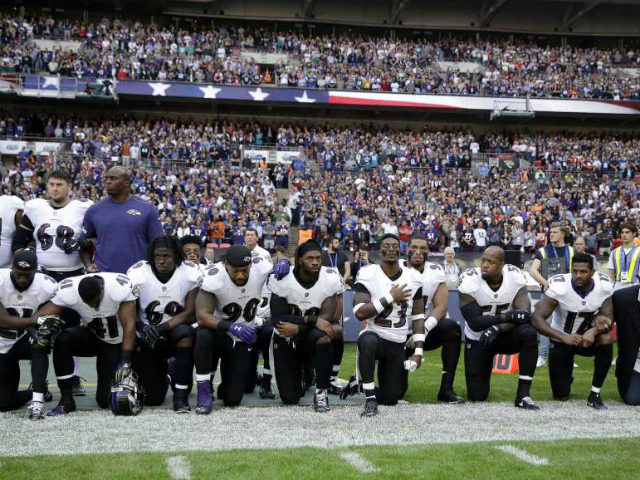 Although every other form of personal expression is banned by the NFL, Goodell actually believed it was a good idea to give the okay for spoiled millionaires to publicly express their hatred and contempt for America. You can’t honor 9/11 or fallen police officers or the military, but he’s down with militant racism and hatred. Goodell chose very poorly. He’s totally out of touch with the fans and he has fallen for the media’s fake reality. So much so, it has irreparably damaged the NFL.

Fans feel betrayed. Worse yet, they have now stopped caring along with not watching anymore. How does the NFL come back from that? With ratings plummeting still and stadiums getting ever emptier, you would think Goodell would wake up. But he hasn’t. As the NFL teeters on bankruptcy, he acts as if he is being noble, when what he is doing is flipping America the bird along with a bunch of Marxist athletic radicals. He is a weak fool who allowed himself to be played by the media and communists.

The saddest part is that many of these people will never face reality. Instead, they would prefer to see it all burn down so we can start over. That’s not the way it ever works. However, the NFL will fall over all this. And in the end Roger Goodell will be at the helm of their Titanic, seeing it to the very bottom of the progressive trench.