There is a time and a season for everything[1] and legend Jeff Gordon’s came to an end yesterday. Gordon did not win his last NASCAR race, but he leaves the sport a giant in NASCAR history. At 44, Gordon is retiring to spend more time with his family. Gordon said this: “I hope they realize that one of the reasons I’m doing it is to spend more time with them.” Gordon is going home to his wife, Ingrid, and his kids, eight-year-old Ella and five-year-old Leo. He will now master the art of being an expert analyst on television, so you’ll see him a lot, just not behind the wheel. Gordon said to NBC Sports, “To drive for one of the best car owners, if not the best, and drive the best race cars and work with the best people, that’s why I have the wins and the championships that I have, and why we did what we did in the final race, battling for the championship…and all the love I’ve gotten from the fans and everybody in the sport, there’s nothing better than that.” No, there isn’t and Gordon is loved and idolized by millions. 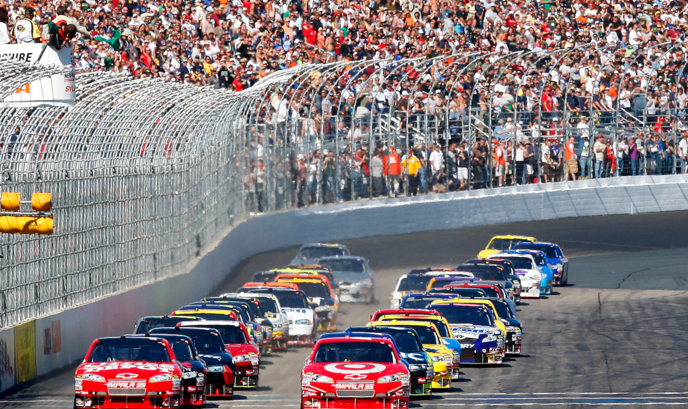 Jeff Gordon needs your prayers as he completes his very last NASCAR race today, which has been delayed due to rain.

Jeff Gordon, 44, is finally saying goodbye to NASCAR as he competes for his fifth Sprint Cup championship win.

NASCAR fans were naturally broken hearted when the iconic driver announced his retirement, leaving many to hope to witness a Gordon grand finale. 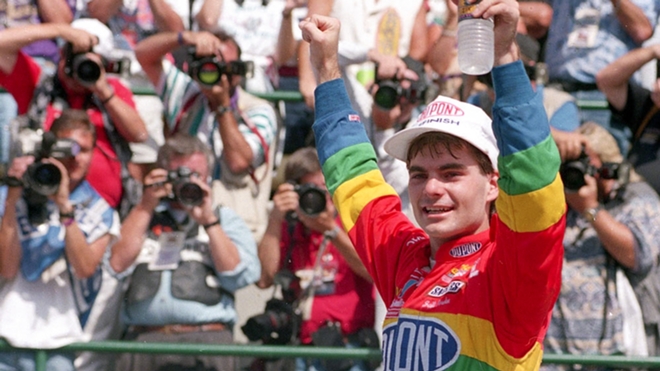 Gordon, who has won 93 races in 23 full seasons, has already won the championship four times and will make history if he wins it for the fifth time today. 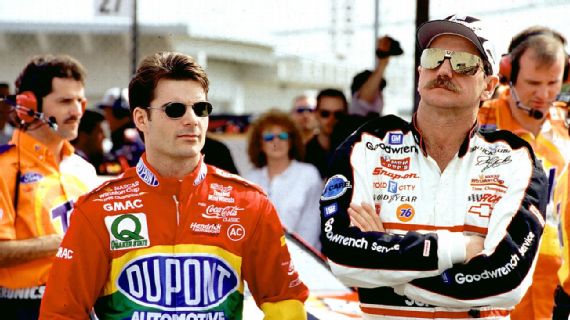 Jeff Gordon and Dale Earnhardt had the best NASCAR rivalry of the ’90s.

“He’s the sport’s all-time money winner, all-time leader in consecutive starts, second all-time in top-10 finishes and third in top-5s. He’s second all-time in Driver Rating, a stat that’s only existed during the second half of his career,” ESPN’s Ryan McGee wrote.

Congratulations, Jeff Gordon! We pray for your safety and success during your final NASCAR race. Thanks for taking the sport to a superstar level.

Gordon didn’t win a fifth championship in his final race. He gave it his all and wound up sixth in the Ford EcoBoost 400, at Homestead-Miami Speedway, and third in the final standings of his career. His reputation will only be enhanced by his timing. In his prime, Gordon dominated NASCAR with a presence that has seldom been attained. He won 40 races in a span of four years and 47 in five. He won championships in 1995, 1997, 1998 and 2001. Fourteen years after the last one, he was within one race and five positions of winning a fifth. Many claim that Gordon ushered NASCAR into its golden era. He goes out as an absolute master of the art of driving race cars at this point in history and he will be missed.