Draymond Green of the Golden State Warriors[1] makes a cool $16 million a year. Sounds like a pretty sweet gig playing basketball. You would think he would love it and have some respect for others in the game. Not so much. New York Knicks owner James Dolan was the target of Green’s sharp tongue when he wasn’t thrilled with how Dolan treated Charles Oakley. Green played the slavery card. Charles Barkley had something to say about that and it was blunt… he called it “just asinine and stupid.” I won’t argue with that assessment in the least.

When players are making millions of dollars, I think it is moronic to compare them to slaves. It is so far removed from reality, it bites. Green is parroting racial talking points and doesn’t know much about history or real life for that matter. Making this kind of statement takes away from the real horror of slavery and those who have and do suffer under it. He thinks it is chic to equate something he finds unfair with slavery, when instead it just makes him look stupid in the extreme. 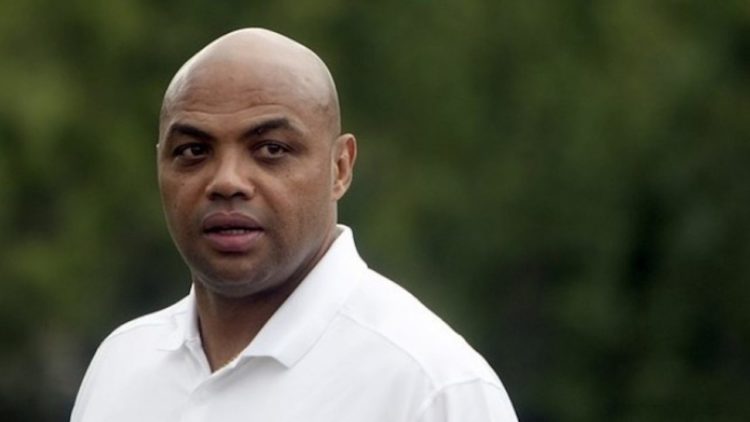 Draymond said the following about New York Knicks owner James Dolan who is being criticized for not treating one of his former players, Charles Oakley, with the proper respect.

“That is just stupid,” Barkley said Thursday on Atlanta sports talk station 680 AM, the Post reported. “I don’t think you ever use basketball analogies to compare to slavery when guys are making $20 million, $30 million a year. I just think that’s just stupid.”

Green provided additional context during an interview that’s scheduled to air this Saturday on ESPN Radio’s Meet The All-Stars. He explained, “I can’t say James Dolan is a racist. I don’t know James Dolan. I never said James Dolan doesn’t have a slave-master mentality. I said when you look at something and someone is doing something for someone and all of a sudden they can’t anymore, that falls under the slave mentality.”

Pardon me, but any way you slice what Green just said, it’s still dumb and dumber. There are a lot of racism accusations flying around and a lot of ill will between Oakley and Dolan. Green should stay out of that cat fight and mind his own business. And he should certainly not play the slavery card again. It demeans the history of slavery and the civil rights movement. What a putz.