One thing is for sure… the NBA does not share the progressive ideals of the NFL. On the “NBA on TNT” the panel weighed in on the National Anthem protests that are spreading across the sports world. Basketball legends Shaquille O’Neal and Charles Barkley had plenty to say on the subject. They were blunt concerning the protesters. “I’m sick of hearing about the anthem protests,” Barkley said. “We’re all in this thing together. It ain’t a black or white thing. It ain’t a cop against people. It’s all of us.” Damn straight it is.

Shaq was next and he agreed. “I agree with Chuck — enough talking,” he said. “When are we going to do something about it? The problem has been … when you allow people to deviate from what you’re trying to do, then they can create other problems.” Isn’t that the truth? All of us just want sports to be sports again. The cops are not killing people all over the place or oppressing people. Somehow, radicals have tied America, the flag, the National Anthem, police, military and first responders all in with sports as their platform for protest. It makes no sense and it is one huge lie. 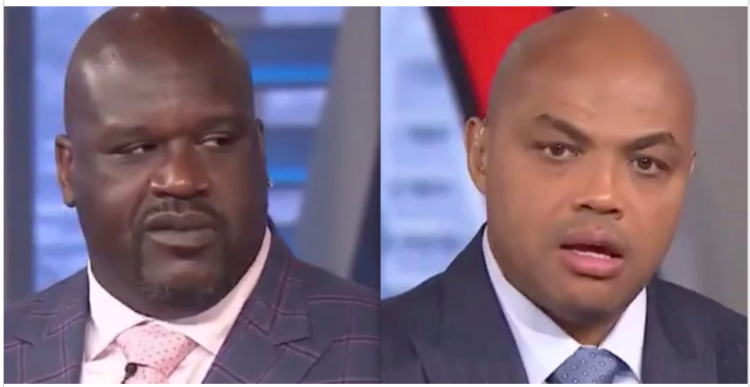 Shaq ended with a great point: “So now, like Chuck has said, enough talking. Let’s just get something done [and] make this world a better place,” he added. I agree. So much time, effort and emotion has been spent on this. It’s not worthy of it. It’s meant to divide us and create chaos. Many of these people have no idea what they are really kneeling for. Those that are kneeling for Black Lives Matter, racism, hatred and communism, should be banished from our midst. They are poison.

Both Barkley and Shaq are right. Sports is not the place for this. All the NFL and others are doing by kneeling is causing Americans to hate them and turn away from sports. It’s causing far more damage than anyone could have ever imagined. We are letting a small minority of people call the shots and it needs to stop.