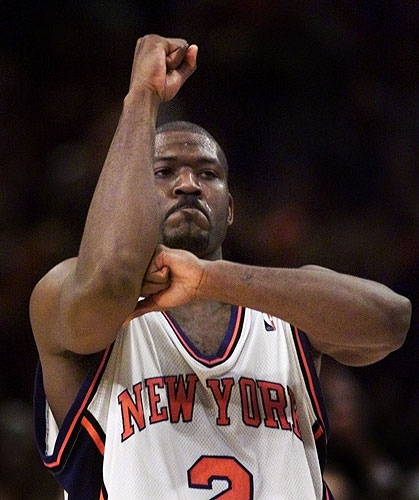 Knicks executive and former player Larry Johnson had a decidedly different but still strong reaction to the racially insensitive remarks Clippers owner Donald Sterling is alleged to have made.

On Saturday night, Johnson tweeted: “Black people your Focusing on the wrong thing. We should be focusing on having our own, Own team own League! To For Self!!’’

The initial indication was Johnson was calling for an all-African-American league complete with black ownership. It wasn’t the first time Johnson, who is black, concerned himself with the fact the NBA’s ownership is mostly white while its players are mostly black.

Those evil team owners, giving black men a chance to become millionaires by playing a kids game! I wonder, then, if Johnson would support having one all-black league and one all-white league? I’m guessing the answer is probably no.