If you’re in the NFL at this point in time, you’re going to want to be careful about what kind of political statements you make on camera. We all know that sitting down for the National Anthem hasn’t ended well for the people who have done it so far (not naming any names – Colin Kaepernick) and it has resulted in an uproar from football fans nationwide.

But the statement made by Green Bay Packers player Ha Ha Clinton-Dix will bring tears to your eyes.

More of this, please. 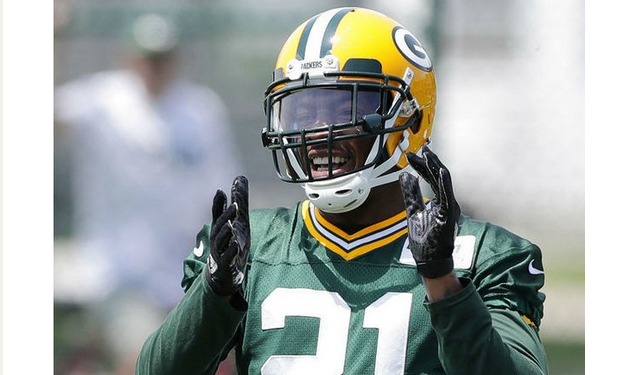 He decided to write the names of the officers who passed away as the result of an angry black nationalist[2] who was retaliating for the Charlottesville riots.

With all of the animosity toward athletes and celebrities who make political statements during games or performances, I think it’s important to remember that there are those who also support police officers and those men and women who risk their lives every day so that we may sleep a little bit easier. They put on their uniform every day so that players like Clinton-Dix can wear his without fear and it’s good to see that he has a healthy respect for that.

More players should follow this example, but there will undoubtedly be those who disagree with this message. There is an unfortunate number of people who don’t view cops by and large as heroes and choose instead to focus only on the bad cops who are making life infinitely harder for the good ones who are trying to make a positive impact on the communities they’ve chosen to serve.

I’ve never been a football fan, but I have to say, I may just have to flip on the next Packers game just to support this fantastic man.