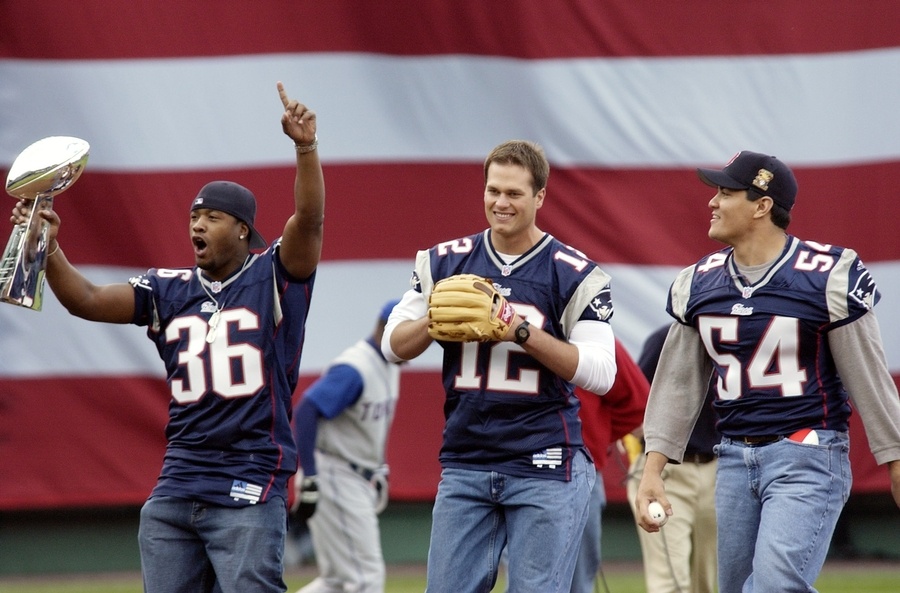 On Sunday night, the New England Patriots took the Atlanta Falcons in a 23-7 win.

That’s all good for Pats fans, but everyone else has been commenting on what quarterback Tom Brady did before the game. With approximately 200 members of the military on the field, both Tom Brady and wide receiver Chris Hogan went out of their way to make sure they could show some respect by traveling the line with a series of high fives and hand shakes. Here’s the seven second clip:

The invitation extended towards military members was reportedly initiated by their long snapper Joe Cardona, who along with playing for the Pats is a member of the U.S. Navy, along with player Matthew Slater.

Right now, only 22 players are still kneeling for their Sunday games. That’s still 22 players too many. That’s 22 players who deserve a one game suspension.

Commissioner Roger Goodell, whose contract extension negotiation has been delayed due to the anthem issue, came out to state that while he wants to “honor our flag and our country,” he will not be punishing any player that continued to choose to kneel or otherwise act up during the anthem.

So far, the NBA and NHL have largely not fallen victim to this stupid trend, so basketball and hockey remain safe-ish.

Last spring, his wife Gisele Bundchen posted an anti-Trump tweet on the day that the New England Patriots were scheduled to be at the White House[5]. The tweet (below) has now been deleted. Tom Brady skipped the White House visit, meant to celebrate the Pats’ Superbowl win, saying that due to “personal family matters” he was unable to join. He wrote: “Thank you to the President for hosting this honorary celebration and for supporting our team for as long as I can remember,” and wished everyone a “great day.” You don’t have to fall into the theory that he skipped due to Gisele, because Brady’s mother was at the time receiving treatment for cancer. 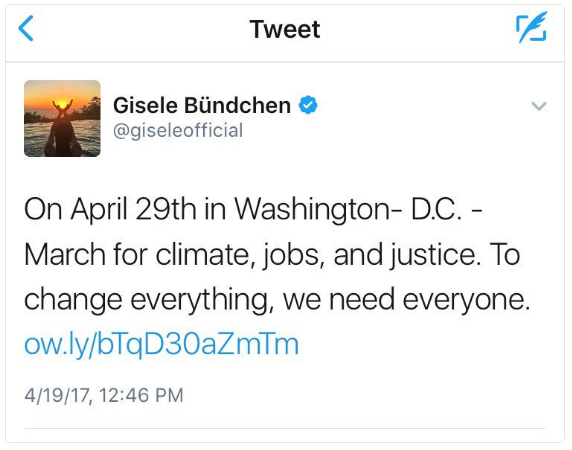 In February, just after Trump’s inauguration, Brady was dogged by the media who wanted him to denounce his relationship with President Trump, with one reporter from USA Today saying that Brady, by “refusing to publicly disavow Trump’s actions” is giving “tacit endorsement to both Trump and the chaos he created.”

Brady refused to comment. And why should he? A reporter just called one of his fans some kind of ancient chaos god. I’d ignore them too. 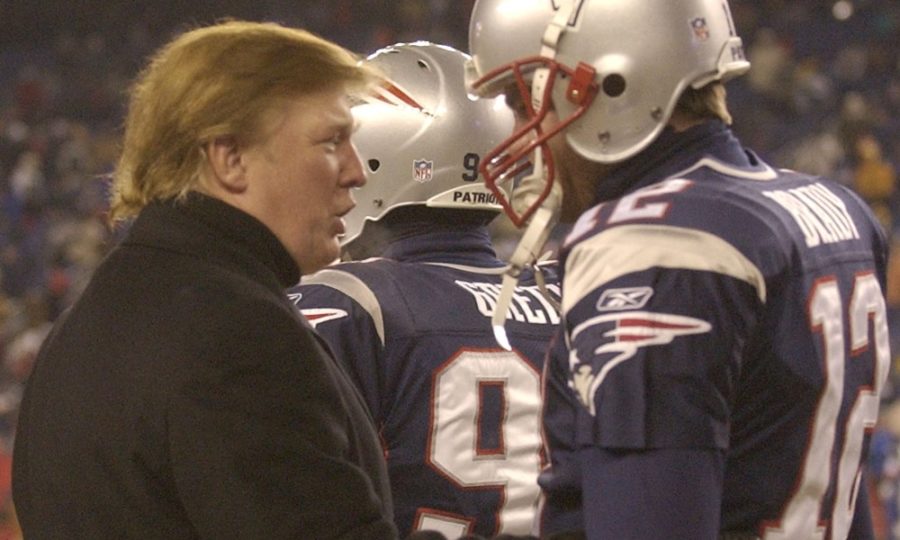