I can certainly understand why[1] #BoycottNFL is trending today. Americans are fed up with the unpatriotic, cop-hating ways of Black Lives Matter and those like Colin Kaepernick. Yesterday, the entire Seattle Seahawks team threatened to stay seated in unison during the National Anthem for their game on 9/11. Asshats. Today they are now saying they decided not to do that out of a desire for unity. Screw them. The Seahawks should be boycotted… they are a disgrace.

I’m not ready to throw the whole NFL under the bus just yet though. There are many players, coaches and owners that are very patriotic and don’t approve of this at all. But if they can’t put their foot down and cut loose those who disrespect our country, our military and our police, then they should be boycotted. That goes for any sport by the way. We are all sick of these spoiled, rich racists hijacking our sports and entertainment. 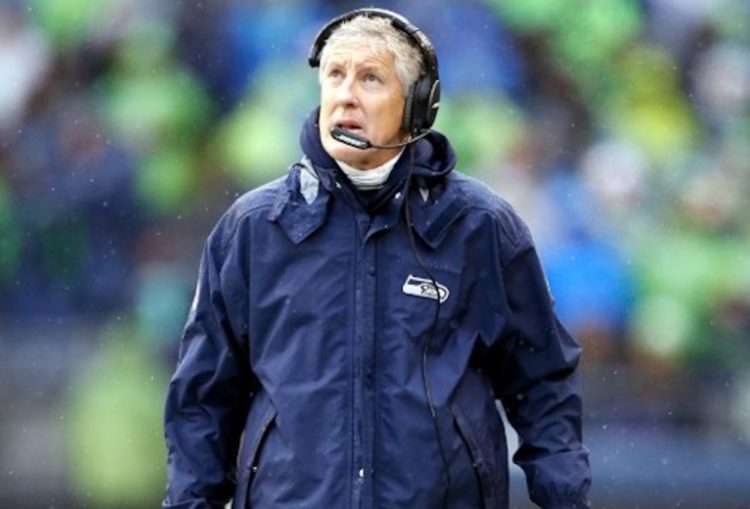 The American public has had enough of the NFL sitting idly by.

Thursday night Denver Broncos player[3] Brandon Marshall became the latest player to take knee during the anthem, and the first of the regular season. His protest came only hours after Seattle Seahawks players threatened a team-wide protest[4] for their game on Sept. 11.

Those incidences were the end of the line for many, and the hashtag #BoycottNFL began trending on social media where it remained on Twitter’s top 10 trending topics Friday.

Seahawks coach Pete Carroll[5] is a celebrity among 9/11 Truthers. In a 2012 meeting with retired four-star general Peter Chiarelli, Carroll badgered him with questions about “every 9/11 conspiracy theory you can think of.” The man is unpatriotic and a loon. That’s a team not worth watching ever… they have serious issues.

A huge number of people are beginning to boycott the NFL over this. These teams are going to have to make a choice… racist radicals or their fans. These players have every right to protest if they want to… but the teams have a right to cut them as well. Yep, it’ll cost them a ton in contract money… but it’ll cost them far more if the fans turn on them.

If any of these teams disrespect 9/11, they will lose me and thousands of fans. We go to a football game or watch it on TV to escape all the bull crap we are subjected to each day. We don’t want political causes on the field… especially ones that are racist, cop-hating ones. Boycotting is a real threat if these teams don’t get their act together. 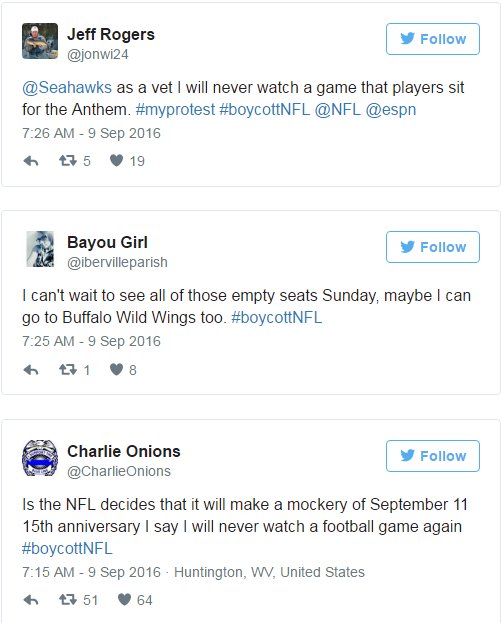 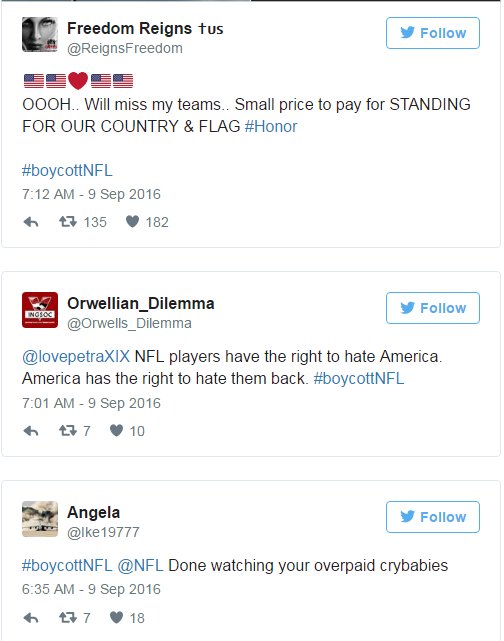 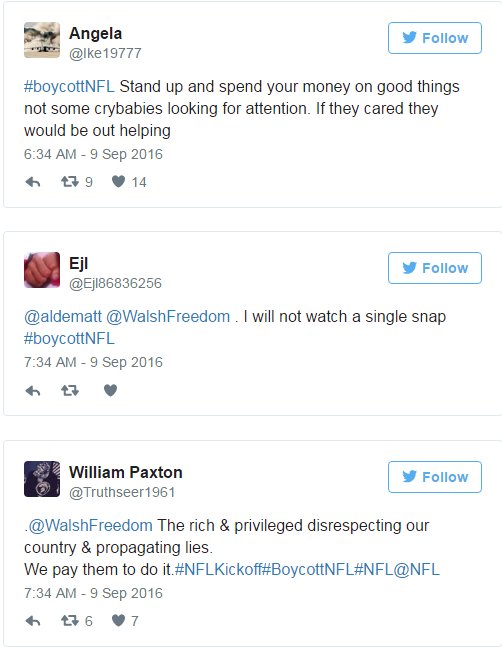 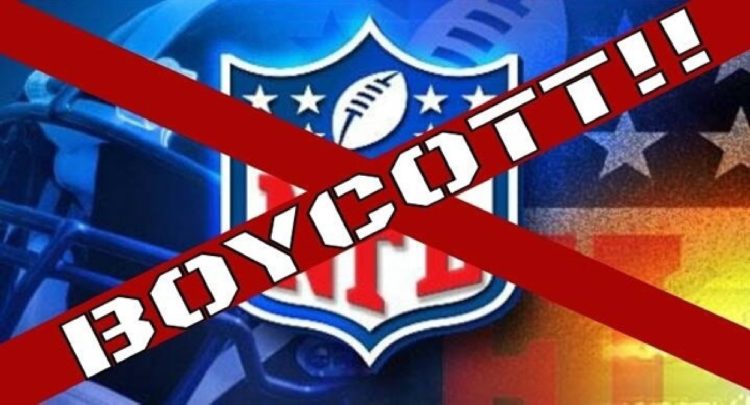