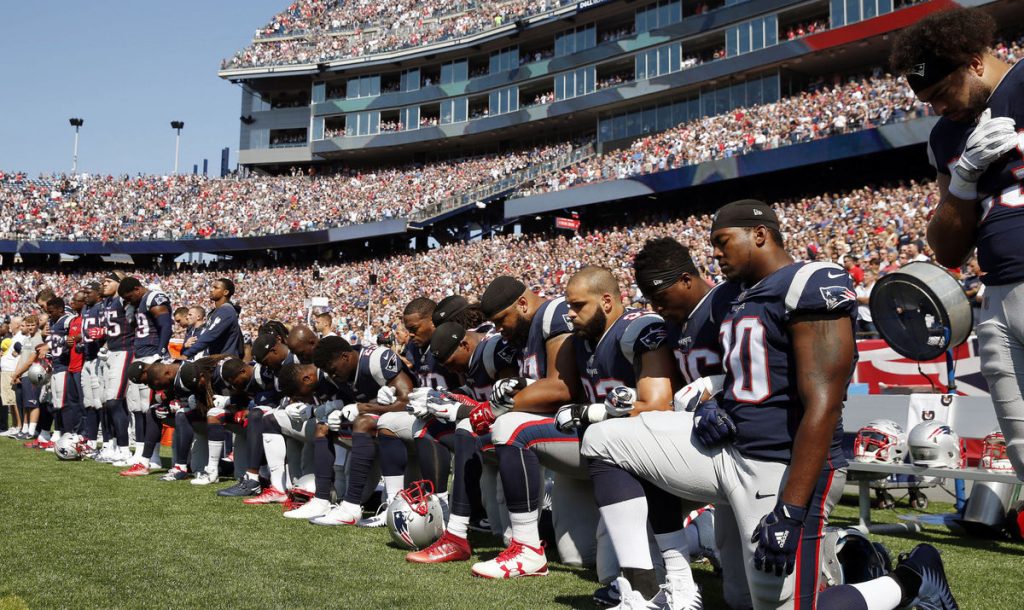 How can you screw up football?

Well, the NFL has found a way.

According to new data from Nielsen, NFL games have averaged 15.1 million viewers through the first seven weeks, which is down 5.1% from last year and 18.7% from the same time frame in 2015.

So, for the first seven weeks in 2015, they were getting 18.35 million viewers on average and now it’s just over 15 million. There are a few possible reasons for the decline, but the major issue is Colin Kaerpernick’s decision in 2016 to start kneeling before games. This not only has contributed to fewer viewers, but also to his inability to get a new job on any football team. In general, politicization of football games is bad for ratings.

Other contributing factors are the fact that more people are getting rid of cable packages and the bad press that comes from concussive injuries. And President Trump isn’t backing down on his constant tweeting that forces the media to keep discussing the kneeling, over and over again.

But, most recent polls of fans point directly at the kneeling and protesting for the main reason people are tuning out. If the NFL decided to attack that issue head on and even just took the simple step of suspending players for one game whenever they take a knee, they would do a lot to get back into the good graces of their audience.

Earlier this week, Jerry Jones, owner of the Dallas Cowboys has said that after seven weeks of the current season that the league has suffered negative consequences of allowing the players to continue their protests. “There is no question the league is suffering negative effects from these protests.” In an interview with Fox Business, he said that he doesn’t think that the opening National Anthem at a professional game when you’re dressed to play is the right time to make a personal protest, saying that it’s “not the place to do anything other than honor the flag[2] and everybody that’s given up a little for it.”

Earlier this month, Colin Kaepernick retweeted a post saying, “These stories are designed to reassure that no crime was committed. We’ve made a legend out of a massacre[3]” in regards to Columbus Day celebrations. Surprise, the guy who has been making negative press for well over a year is continuing down the stupid path of hating American history and American heroes. At least in 400 years we’ll still be talking about Columbus and you’ll be forgotten.