Oooh! President Trump Has Some Fighting Words For ESPN: ‘Apologize for Untruth!’ [VIDEO] 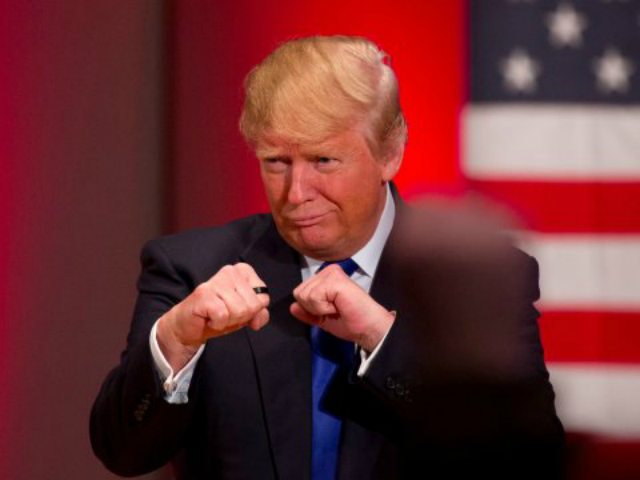 Happy Friday! Trump is going after Fake News again, this time in the sports broadcasting world. The President is demanding an apology from ESPN for carrying on in politics instead of sticking to sports and drags them across the floor for their bad numbers.

ESPN is paying a really big price for its politics (and bad programming). People are dumping it in RECORD numbers. Apologize for untruth!

This week we wrote about an ESPN host calling Trump a “white supremacist” and a “bigot” on social media[3], and then after she got a blast about it from her audience and employers, Jemele Hill posted this on Twitter:

“My comments on Twitter expressed my personal beliefs. My regret is that my comments and the public way I made them painted ESPN in an unfair light. My respect for the company and my colleagues remains unconditional.”

If you tweeted something like this, do you think you could get away with such a non-apology?

You know she still thinks that Trump is an evil white raaaaaacist supremacist who, by gosh, just really hates people who aren’t white! And only hangs out with people who hate non-whites! But the SportsCenter co-host still has her job. It’s not a stretch to suggest that her higher-ups at ESPN hate Trump too.

And it’s taking a hammer to their ratings.

The new Press Secretary Sarah Huckabee Sanders said that Hill’s remarks should be a “fireable offence.” She also said that she’s not sure if Trump was aware of the tweet to start with, “but I think that’s one of the more outrageous [tweets] that anyone could make…”

She then pointed out that Trump is currently working with [prominent African Americans] to bring the country together.

Recently, Steve Harvey, a man who campaigned for Hillary, but is now working with Dr. Ben Carson on HUD, came out in an interview to say how shocked he was at the racially-charged insults thrown his way for his choice to work with the Trump administration[4]. Harvey said that Obama had personally told Harvey that he ought to get out there and work with Trump, who then had a meeting with him in Trump Towers after the election and before the Inauguration. Harvey says that he’s been called “Uncle Tom” and a “coon,” and a sell-out for having the grace to work with an administration he campaigned against.

You can watch the Press Sec’s response to Hill’s stupid tweet here in this one minute video: