I’m tired of having to talk about the NFL and everything surrounding it. I don’t care if you stand for the National Anthem, just like I don’t care if you want to get upset at players. I mean, the country is 20 trillion dollars[1] in debt and no ones cares, but we all care what some roided-up knuckleheads are doing during a children’s game? I care a little more about the fact that I personally owe over $100,000 on behalf of the federal government, but I digress. 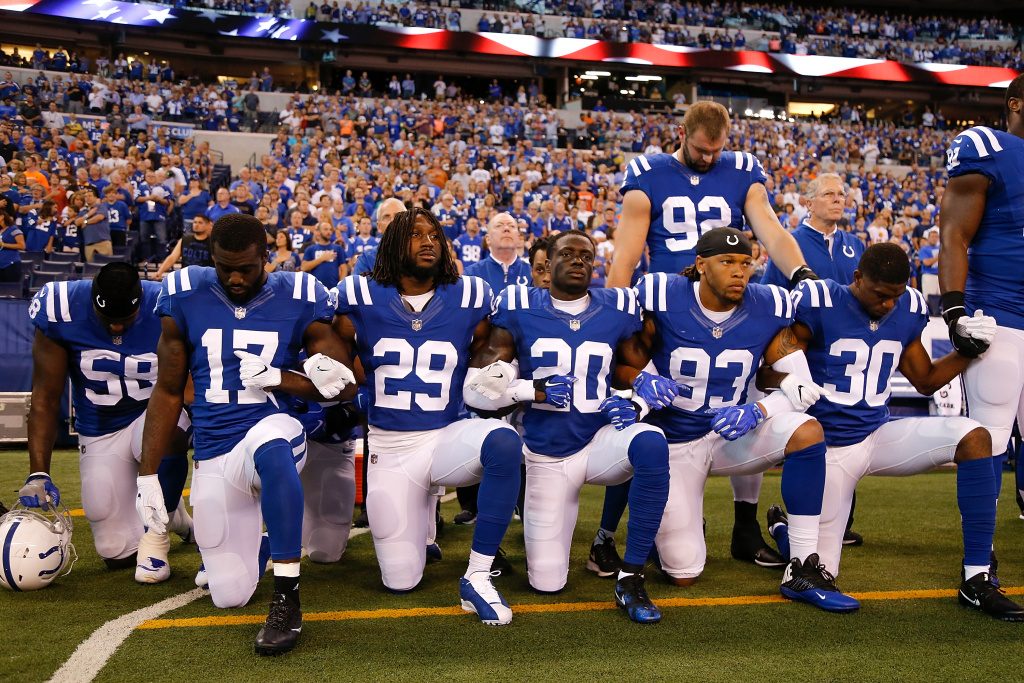 Scott Smith, the superintendent of Bossier Parish school district in Louisiana, says the high school players in his district will stand for the National Anthem at the games or face consequences. He said the students should “expect to stand in solidarity when the national anthem is played at sporting events. In Bossier Parish, we believe when a student chooses to join and participate on a team, the players and coaches should stand when our National Anthem is played in a show of respect.”

Although the superintendent did not specifically state what his punishments will be if players do not stand, I’m sure it is horrible and cruel. I mean, he is a white man after all. He did say that the school principals would have the “discretion” to punish as they see fit. But that’s just code for something horrible, I’m sure.

I mean, Parkway High has already sent a letter home to parents telling the horrors of what will happen if the students don’t stand. It’s just awful, I thought we were beyond racial discrimination in this country. The principal, noted racist Waylon Bates, said in the letter, “Parkway High School requires student athletes to stand in a respectful manner throughout the National Anthem during any sporting event in which their team is participating. Failure to comply will result in loss of playing time and/or participation as directed by the head coach and principal.”

I cannot believe this. We all know “loss of playing time” is really code for something much worse. I didn’t check, but I can guess this Waylon character is white. And Scott is the whitest name I can think of. Such a shame in today’s America.