SHAME ON HIM! Kobe Bryant Tells America: If I Was Still Playing, I Would Kneel for the Anthem [VIDEO] 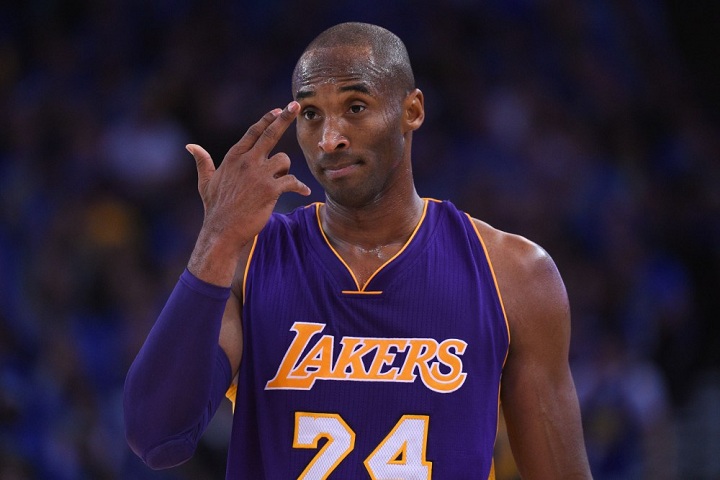 In a new report from ESPN, retired Los Angeles Laker star Kobe Bryant wants us to know that if he were still on the court, he’d be kneeling for the National Anthem too.

In the last few weeks, over two hundred NFL players, coaches and staff have knelt or linked arms on the fields before or during the opening notes of the Star Spangled Banner in a series of events so stupid that we still haven’t decided on a name for it all yet. Kneelgate? The Social Justice Football Anthem Disrespect Crusade? Can I just call it idiotic grandstanding?

Appearing on the Hollywood Reporter’s Awards Chatter podcast this week, Kobe was asked by the hosts what his reaction would be if he were still playing the league and heard the anthem at a game that evening.

Continuing on with their rapid-fire questions, Kobe was then asked “what he would say” if he had the ability to speak directly to Trump right at that moment.

“Focus on serving, not leading.”

I’m sorry, huh? What’s the difference? An elected leader leads by serving. Never got over that 2012 concussion, did you?

So far, the NBA like the NHL have been much quieter about the National Anthem kneeling business. But, it might not stay that way. The Lakers had a meeting where they decided to lock arms during the anthem for their first three pre-season games, presumably going back to standing at attention for the anthem during the season itself. Lakers coach Luke Walton said that he personally has “a ton of respect for the country, the flag, the military” and that while he does not want to speak for the players, they are doing it to show that “there are issues in this country and [locking arms] is a chance for us to raise awareness and still make it a talking point.”

Or you could just play basketball. That’s nice too.

Back in June, CNBC’s Josh Brown of the Halftime Report wrongly reported that “NBA champion Warriors skipping the White House visit, as a unanimous team decision per reports.” Despite being completely unverified and completely bogus, the tweet still ended up with over 23,000 retweets.

The last time we had this much Kobe Bryant in the news cycle was when Barack Obama used his name to put down the significance of ISIS:

“If a jayvee (Junior Varsity) team puts on Lakers uniforms, that doesn’t make them Kobe Bryant[2].”

Here’s a two-minute news video from the lefties at ESPN discussing Kobe’s words.