Tennis player Billie Jean King will perhaps always be remembered for her “Battle of the Sexes” match against the aging male tennis player Bobby Riggs in 1973. The match was controversial, as King was decades younger than Riggs and after she won, people accused Riggs of intentionally throwing the match. She recently came into the spotlight again, thanks to a new movie starring Emma Stone and Steve Carell — and she seems to be anxious to take full advantage. 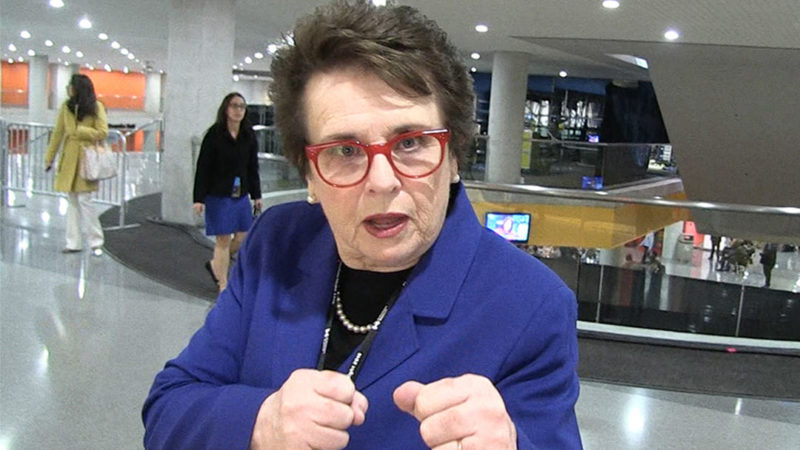 King has dabbled in politics before; she previously led the fight for equal pay in women’s tennis. But while most people would agree that opportunities for women have improved over the past several decades, King argued instead that misogyny is worse now than it was in 1973.

“I think there’s a lot of misogyny – I think it’s higher now than it was,” she said during an awards ceremony in Manhattan. King was there to be honored by the Wendy Hilliard Gymnastics Foundation, an organization which provides gymnastics programs to underserved and low-income communities.

King, an outspoken liberal and an open lesbian, has been helping to promote the Stone and Carrell film, titled “Battle of the Sexes.” The film will explore the legendary tennis match, which garnered over 90 million television viewers. It also explores King’s relationship with Marilyn Bennett, even though King was married at the time to Larry King. King was closeted at the time and Barnett outed her in an unsuccessful palimony suit, which caused King to lose multiple endorsement deals, costing her thousands of dollars.

She then became an LGBT activist and openly criticized Trump’s ban on transgender Americans serving in the military. She also said that she wants millennials to see this movie and to be inspired to take on her liberal activism.

“I really want the millennials and the Gen Z to see this movie, because every generation has to fight for freedom and equality,” she said. “Every single generation. It never ends and you always keep starting over with every generation … And if this helps one person be more comfortable in their own skin, if it helps a parent to understand better about their own child or a relative or a friend and if that helps give some comfort or be more comfortable as well, then that’s what I want from this.”