A seventeen year old had an unlikely dream come true on Wednesday when he was announced as the newest additon to the Sporting Portugal’s U-19 football team. He will wear the green-and-white hoops and train at the very same academy where his idol, three-time FIFA World Player of the Year Cristiano Ronaldo, learned his trade. The incredible story of his love affair with the team has an even more unlikely beginning. Details[1]: 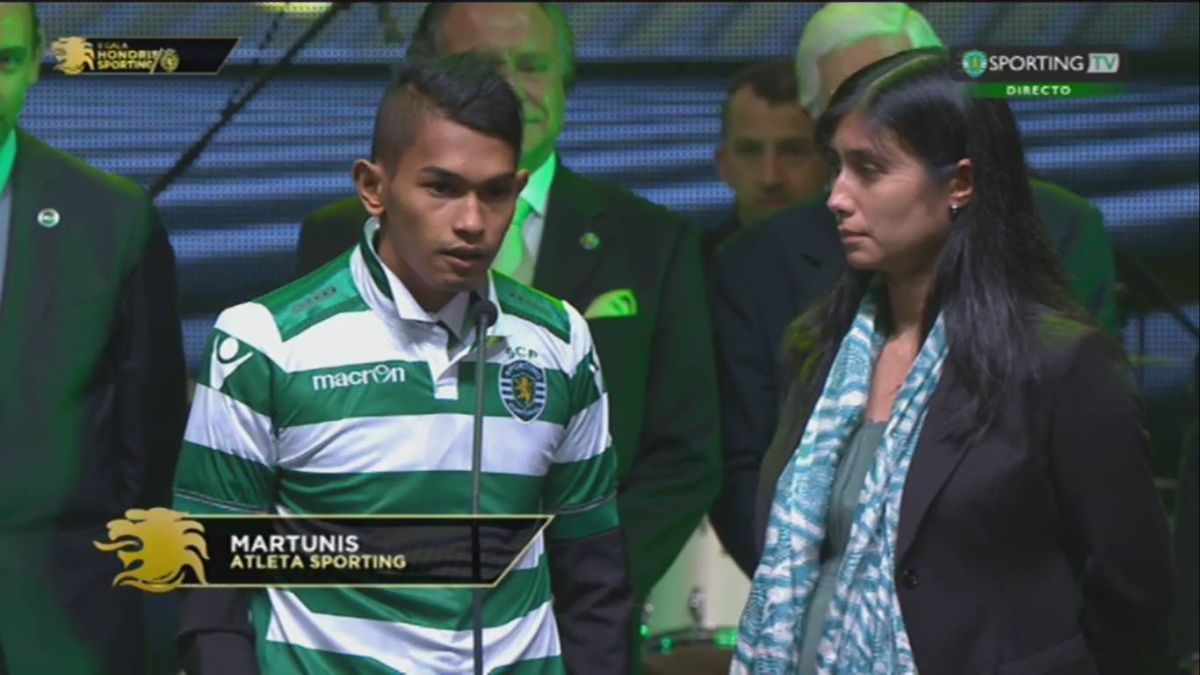 When unimaginable tragedy struck his life over 10 years ago, there’s no way Martunius could have know that his unflagging faith in football would not only save his life but lead to this fairytale result.

On December 26, 2004, Martunis lost his mother and two siblings in Aceh during the catastrophic Boxing Day tsunami that killed over 230,000 people.

Martunis was only seven at the time, and he survived for 21 days stranded on a beach all by himself. When he was found, he was wearing the Portuguese national football team jersey.

When asked how he had managed to survive, Matunis said: “I was not afraid at all because I wanted to be alive to meet my family and become a football player.”

His story moved the people of Portugal, leading to an outpouring of support. The Portuguese Football Association even donated the money to pay for the rebuilding of Martunis’ house.

Then, in 2005, Cristiano Ronaldo himself visited Martunis in Aceh and promised to pay for his education. Ronaldo also invited Martunis to visit Sporting Lisbon’s grounds someday.

But Martunis proved that he was worthy of more than just a visit. Soon he will hit the pitch of Estádio José Alvalade as a player, just as he dreamed of during those dark days after the tsunami struck his home.

Best of luck to you Martunis and may all your dreams be realized. Congratulations!