Tiger Woods was once known as one of the greatest athletes, not just in the world of golf, but of all sports. Americans knew him, they loved him. Then, dozens of women came forward saying they had affairs with Woods while he was married to his wife, model Elin Nordegren. Woods lost scores of sponsors and endorsement deals and his reputation was tarnished. His golf game also began to struggle. Woods has been trying to mount a comeback, but now he’s been arrested[1] — and his comeback might very well be in jeopardy. 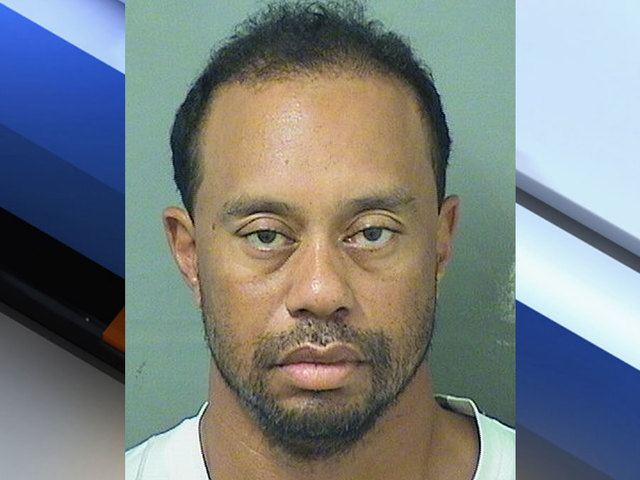 Woods was arrested early Monday morning in Jupiter, Florida on a charge of drunk driving, the Palm Beach County Sheriff’s Office has announced. At approximately 3:00 am, he was arrested on Military Trail, south of Indian Creek Parkway, and then was booked into jail several hours later, at 7:18. He was then released from jail a few hours after that on his own recognizance, at 10:50 am.

Unfortunately for Woods, this is not his first drunk driving incident. In 2009, after the story of the infidelity scandal broke, Woods crashed his Cadillac Escalade into a fire hydrant, a tree and some hedges. This time, Woods wasn’t charged, but it was another controversy that took the shine off of his previously pristine image. He then entered a 45-day therapy program and apologized by saying, “I thought I could get away with whatever I wanted to.” Woods and his wife then divorced a year later, in 2010.

In seven years, however, Woods has yet to resurrect his career. He has not been able to get advertisers to sponsor him again and he hasn’t been able to compete at all in the past two years due to a back injury. After having surgery, however, Woods said that he wanted to play again. In a statement on his website, he said, “Presently, I’m not looking ahead. I can’t twist for another two and a half to three months. Right now, my sole focus is rehab and doing what the doctors tell me. I am concentrating on short-term goals.”

Unfortunately, with this arrest, Woods may not be able to begin playing golf again like he wanted.