I’m not a fan of Steve Bannon[1] and I actually think it is a good thing that Trump is parting ways with him, but after seeing how Hollywood’s left is behaving over this, I may have to rethink that stance. Their behavior is just awful. Seahag extraordinaire Rosie O’Donnell actually told Steve Bannon: “Shove a tiki torch up your ass.” What an uncouth witch that woman is.

And then the celebrities attacked en masse like a bunch of jackals. Disgusting. They took to Twitter to savage Bannon. He doesn’t deserve that. That’s just wrong. Evidently, Bannon resigned back on August 7th. It didn’t come out till now for this very reason. Hollywood is full of leftist wolves. I’m not surprised that Rosie O’Donnell and Michael Moore led the attack. Dirt bags. 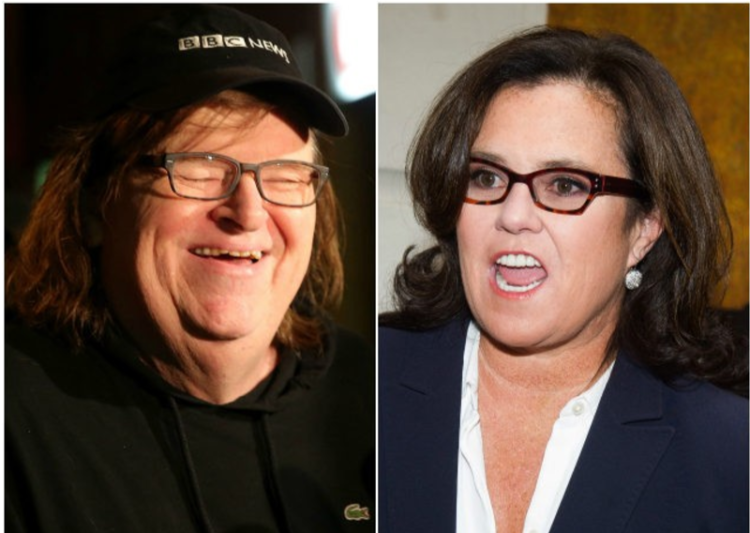 Numerous stars — including many who had been calling for Bannon’s ouster since he was appointed CEO of Donald Trump’s presidential campaign last year — took to Twitter to celebrate the occasion of his resignation[3], which was reportedly delivered to the White House on August 7.

Longtime Trump nemesis Rosie O’Donnell was one of the first to tweet about the news, telling Bannon: “Shove a tiki torch up your ass.”

hey bannon – shove a tiki torch up ur ass #FIRED[4]

Others, including actors Kumail Nanjiani and Don Cheadle, wished Bannon a hearty goodbye on his way out.

Filmmaker Michael Moore, one of the most vocal celebrity critics of Trump and his administration, wrote that Bannon saw Trump was “able to defend white power all on his own,” and so was able to leave his position.

BANNON GONE! When Bannon saw Trump able to defend white power all on his own, he said 2 himself, "My job here is done. Mission accomplished"

Unbelievably they mixed in racism and the Charlottesville domestic terror attack by a white supremacist into the vile stew they slung at Trump as well. I hope Bannon heads back to Breitbart and goes after these idiots. I’ve listed a number of tweets from Breitbart over this. Warning… crass language and deep, deep stupidity is enclosed. Duct tape is recommended here.

It’s the same old list of characters except now they are dancing in the streets. Many are saving some of their glee hoping Trump will be brought down. Not going to happen. These people have a Nazi fetish and they’ve repeated these lies so long, they actually believe them now. I just can’t take this level or moronitude. Whatever I think of Bannon, I support his right to free speech and I hope he lets the bastards have a boatload of it.

Bannon is out. Beware! He can do the exact same thing without an official title in the Administration. Nothing changes until Trump is out.

Trumps inner circle is diminishing fast. All he has left is Stephen Miller, his daughter and the devil.

Getting Bannon out of the White House won't solve the problem. Neither will one sip of water in the desert but thank you yes I'll drink that

A shame Bannon won't even have his weekend gig as a Chuck E. Cheese animatronic anymore.

Um what kind of sociopath hires Steve Bannon in the first place?

Good for you, Mr. President, for your ongoing efforts to keep herpes out of the White House. And here we thought you stood for nothing.