Ex-White House strategist Steve Bannon has declared war for Donald Trump[1], not against him. Bannon spoke with Joshua Green[2] from Businessweek:

If there’s any confusion out there, let me clear it up: I’m leaving the White House and going to war for Trump against his opponents — on Capitol Hill, in the media, and in corporate America, 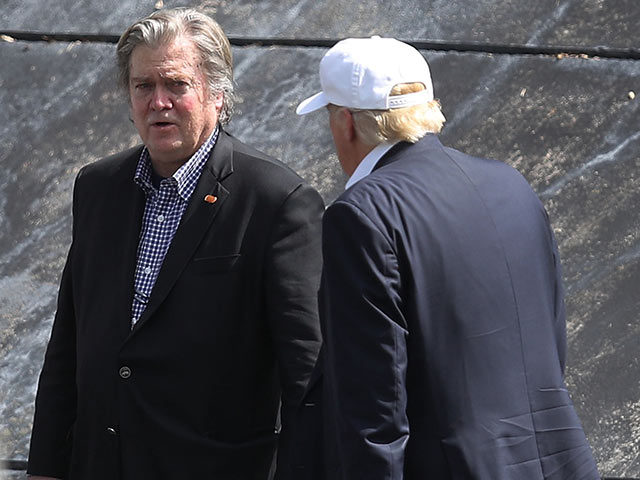 This most recent departure comes just a few weeks after the firing of Reince Priebus, the former Chief of Staff for the President. The speculation was that Bannon and Priebus were at odds during their tenure and, for the moment, it seemed as if the President had chosen Bannon over Priebus. Newly-minted Chief of Staff John Kelly and Bannon agreed that yesterday would be his last day as Chief Strategist.

Breitbart announced yesterday that Bannon would resume his role as executive chairman of the website. American Prospect published an interview with Bannon on Wednesday of last week. Bannon said his enemies were “wetting themselves” about his agenda. He criticized White House economic adviser Gary Cohn and “Goldman Sachs lobbying” in the White House.

I am not sure if this is a good thing that Bannon and Kelly have agreed to. Considering the scrutiny the President has received this last week in the news cycle, one can only hope that Bannon can be more effective than he has been in the past.

On the other hand, it does seem promising. Breitbart, and other alternative media sites, played a prominent role in helping elect the President last November. This was largely due to the presence of Bannon at the populist website, among other factors. Hopefully, Bannon can direct the alternative media’s attention to the taking down of the mainstream media and their agenda. This is the best case scenario that could occur from his ouster from the White House. Only time will tell if Bannon can be more effective outside the White House than inside.