‘My Gut Tells Me Something Fishy is Going On’: Former DC Commander Weighs In on Death of Scalia

The more time goes by since Antonin Scalia died, the more people come out of the woodwork to offer their opinions about how he died and whether or not there’s a conspiracy. The latest is a former police commander who thinks “something fishy” is going on. 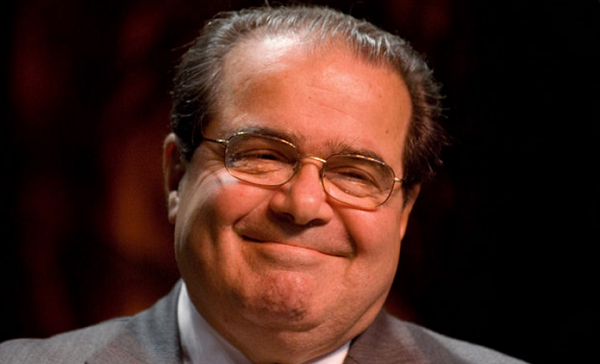 William O. Ritchie, the former head of criminal investigations for the capital’s police department, questioned the way the local authorities handled the 79-year-old’s passing at a ranch over the weekend.

Presidio County Judge Cinderela Guevara announced the veteran jurist died of natural causes, without seeing the body and without ordering an autopsy.

Scalia’s personal doctor, Brian Monahan, has revealed he had a history of heart problems, high blood pressure and had been too weak to undergo a recent surgery.

But it didn’t stop a flurry of conspiracy theories about what happened, including a scathing account by Ritchie.

According to the Washington Post, he wrote: ‘You have a Supreme Court Justice who died, not in attendance of a physician,

‘You have a non-homicide trained US Marshal tell the justice of peace that no foul play was observed.

‘You have a justice of the peace pronounce death while not being on the scene and without any medical training opining that the justice died of a heart attack.

‘What medical proof exists of a myocardial Infarction? Why not a cerebral hemorrhage.

He also raised concerns about the actions of the U.S. Marshal who called Guevara to report the judge’s death.

‘How can the Marshal say, without a thorough post mortem, that he was not injected with an illegal substance that would simulate a heart attack,’ he added.

‘Did the US Marshal check for petechial hemorrhage in his eyes or under his lips that would have suggested suffocation?

‘Did the US Marshal smell his breath for any unusual odor that might suggest poisoning? My gut tells me there is something fishy going on in Texas.’

The Justice of the Peace who pronounced him dead of a myocardial infarction said that by doing so, she was NOT saying he died of a heart attack — she was simply saying his heart stopped, without saying why his heart stopped. But hey, since when has anyone ever let facts get in the way of their conspiracy theories?