Are Syrian Refugees Bringing Flesh-Eating Disease Into the U.S.?

There seem to be an unending number of issues with the Syrian refugees Obama is letting come to the United States. The latest? Apparently, they could be bringing flesh-eating disease with them into the country. 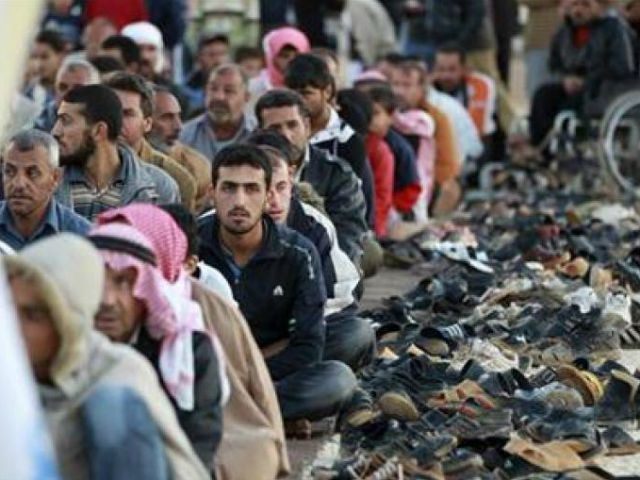 There is a risk that Middle Eastern refugees entering the U.​S​.​ could be infected with a flesh-eating disease that is sweeping across Syria.

Health agencies confirmed that Syrian refugees have transported leishmaniasis to Lebanon and Turkey, where it has been difficult to manage and treat.

Compounding the problem, ​patients can be infected with ​the parasitic disease ​without showing symptoms for weeks, months, or even years, ​and ​an asymptomatic patient most likely doesn’t know that he or she is a carrier.

​​This means the health screening process for refugees could miss the disease entirely​.

Breitbart Jerusalem spoke with healthcare experts, including an epidemiologist from the Centers for Disease Control and Prevention, or CDC’s Immigrant, Refugee, and Migrant Health Branch, which is responsible for guiding the medical screening of the Syrian refugees seeking to enter the U.S.

… Refugees who enter the U.S. must undergo medical screening according to protocols established by the Centers for Disease Control and Prevention, or CDC. Each refugee must submit to a physical examination, ​including a skin test and possibly a chest x-ray ​to check for tuberculosis,​as well as a blood test for syphilis.

The blood tests do not currently look for leishmani​a​sis. Clearly, ​an attending doctor ​could easily spot a patient with obvious skin ulcers. However, leishmani​a​sis cannot be detected upon physical examination if the patient is asymptomatic, as can be the case for years.

Dr. Heather Burke, an epidemiologist from the CDC’s Immigrant, Refugee, and Migrant Health Branch, explained to Breitbart News that there is generally a window of three to six months from the initial physical examination until a refugee departs for the U.S.

She said a medical examination is valid for six months, and ​explained that patients undergo a second examination just prior to departure -​ a quicker “fitness to fly” screening. While she conceded ​that this final examination is not thorough, she said it would pick up any visible skin lesions. Burke told Brei​tbart Jerusalem that she is not aware of a single case of leishmaniasis entering the U.S. via Syrian refugees.

There’s probably no reason to panic without a single known case popping up in the United States. But the fact that this disease is not entirely unusual in Syria, and doctors aren’t really screening for it before allowing them to travel here, does speak more to the Obama administration’s complete and total incompetence.