BREAKING: Satellite Images Show What 59 Tomahawks Can Do [VIDEO]

Ladies and gentlemen….there is a new President in town. Satellite images were released earlier today of the Syrian air base that was LEVELED with 59 U.S. Tomahawk missiles and the destruction that was caused is measured out to be on a large-scale. 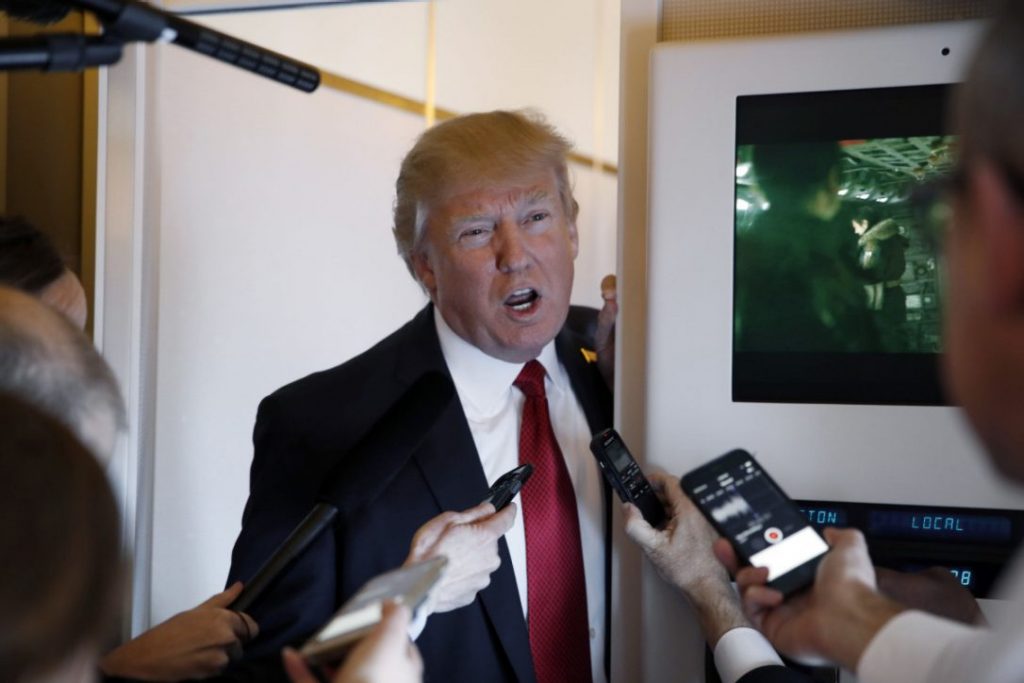 Their airfields, their planes and their fueling facilities were destroyed that were all allegedly used by the Assad regime to terrorize, kill and heartlessly cause heinous human suffering through mounting chemical weapons attacks.[2]

The air base was “almost completely destroyed” by these 1,000-pound warheads that the U.S. used to send a message. A message that said, human suffering out of wickedness will NOT be tolerated!

We have heard from U.S. intelligence sources that they believe with “high confidence” that a deadly gas attack on Syrian civilians was carried out by government aircraft that are housed at Shayrat air base. The one that was destroyed.

The Britain-based Syrian Observatory for Human Rights said the missile attack damaged over a dozen hangars, a fuel depot and an air defense base.

At least seven Syrian soldiers were killed and nine wounded in the airstrike, the country’s military said.

The governor of Homs province said he did not believe the strikes caused a large number of “human casualties.” A Syrian official the attack caused deaths and a fire, but did not elaborate.

Two senior defense officials with knowledge of the strike also told Fox News that about 20 Syrian jets were destroyed.

None of the jets managed to take off and escape before U.S. missiles hit the target, the officials said, adding that all of the destroyed aircraft were jets — not helicopters. No Russian aircraft were at the Sharyat airfield.

Now, U.S. officials are telling Fox News that there were between 12 and 100 Russian military personnel that were present at the base when the missiles hit and also reported that the U.S. did in fact “take pains” to avoid hitting their barracks.

Syrian state TV is of course calling the attack an “aggression” that led to “losses.”

“Initial indications are that this strike has severely damaged or destroyed Syrian aircraft and support infrastructure and equipment at Shayrat Airfield, reducing the Syrian government’s ability to deliver chemical weapons,” Captain Jeff Davis, a Pentagon spokesman, said, according to Reuters.

Davis reported the U.S. was still assessing the results of the attack it fired and expressed hope that Assad’s government learned a lesson. As far as it’s been said, ultimately what happens now is “the regime’s choice” whether or not they want more U.S. military action to come at them. If it is needed, it will be provided. Period.

Our U.S. officials are calling the airstrike a “one-off” and said there are no plans for escalation, unless the lesson hasn’t been received.

Meanwhile, Russians who condemned the attack are now calling it an “aggression against a sovereign state” and a violation of international law. The question begs to be asked… what would Russia consider the chemical attack to be? Is human suffering to be treated so lightly that it should be ignored?

Shortly before the strikes, the head of information policy commission in the upper house of Russian parliament, Alexei Pushkov, said on Twitter that if President Trump launches a military action in Syria it would put him in “the same league with Bush and Obama.”

President Trump is now calling on all “civilized nations” to join the U.S. “in seeking to end this slaughter and bloodshed in Syria” … will anyone heed the call?