After learning that chemical weapons were used against civilians in Syria, Donald Trump ordered missile strikes to be carried out in response. The airstrikes targeted a Syrian air base and now we know the results: our troops did some major damage[1]. 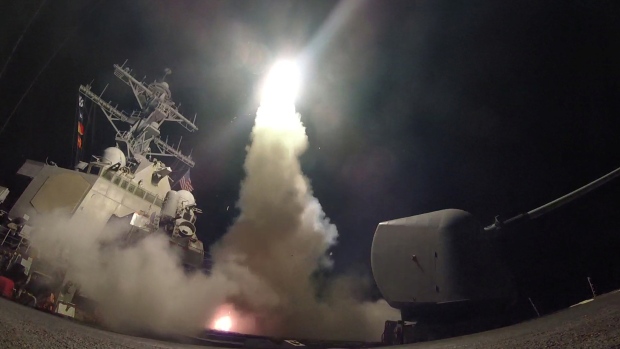 The air base being targeted by United States troops was located near Homs and the surprise strike took place early Friday morning. Syrian troops did not know the attack was coming and the 20 jets at the airfield were unable to escape. All of them were destroyed. There were no Russian jets there at the time and Russian officials were reportedly warned about an hour before the attack took place.

Approximately 60 missiles were launched and one is believed to have failed and fallen into the sea, with defense officials currently working to trace where it landed. Two United States destroyers, the USS Ross and USS Porter, launched the attack from the Mediterranean Sea. Each destroyer holds about 35 Tomahawk missiles. The Tomahawk “E” missiles have two-way satellite communication, allowing them to be reprogrammed mid-flight if necessary.

Currently, there are no plans to launch any more missile strikes.