The last working hospital in Aleppo has been bombed and destroyed by airstrikes. There are no more working hospitals in Aleppo and victims of the bombings by Syrian and Russian forces have no where to be treated for their devastating injuries.

Metro[1] – A Government bombardment of besieged rebel-held neighbourhoods in the northern Syrian city killed at least 20 people, just one day after the Aleppo Health Directorate announced that all hospitals had been knocked out of service.

Now, some 250,000 people have been left without access to specialist care or surgery.

The city has been systematically targeted by Russia and Syrian president Bashar al-Assad over the past year. 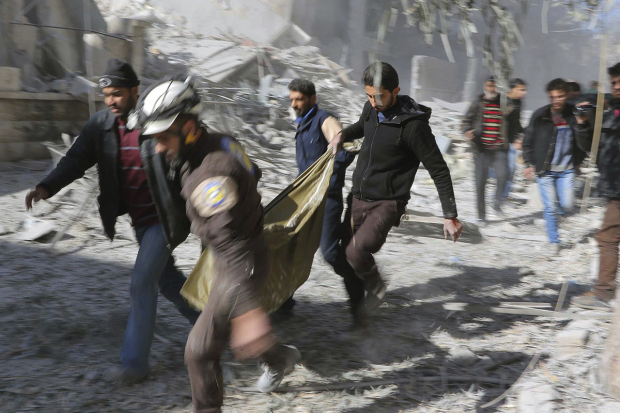 This conflict between the rebels and Russia/Syria could spark action from other world leaders who send aid to the residents of Aleppo in hopes to treat them for injuries. The problem is that Russia is involved and they want to be in good hands with the USA, but if there’s a conflict of interest going on, then it could deter relations between us and them, especially if allies provide aid and are accidentally bombed. Bomb an ally by accident and you’re in big trouble.

This might be one of those “not my war, not my problem” times where our country backs off and looks the other way. We have to look the other way because there’s refugees flooding our borders and preparing to turn our country into the next Germany or France, littered with gang-rape and hate crimes.

What should America do? Step in and stop the bombing? Ignore it? Send medical aid?

What will Russia and Syria say if America arrives and puts an end to the bombing?

Will Putin still want to chat with President-elect Donald Trump when the time is right?