The Obama administration is willing to consider supporting an expanded Syrian rebel coalition that would include Islamist groups, provided the groups are not allied with al-Qaeda and agree to support upcoming peace talks in Geneva, a senior U.S. official said Thursday.

About that “not allied with al-Qaeda part…” 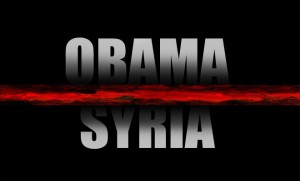 The Islamic Front, a newly formed jihadist group in Syria, launched a joint raid with one of al Qaeda’s branches to take control of a hospital in the contested city of Aleppo. The operation to take the hospital culminated in a suicide assault that was led by two Kurdish bombers.

The joint operation was announced today by the Al Nusrah Front for the People of the Levant, one of two official al Qaeda branches that operate in Syria. The statement was published on jihadist forums and obtained and translated by the SITE Intelligence Group.

The Al Nusrah Front said that it commanded the Islamic Front and the Fajr al Sham Islamic Movement, an independent Salafist group, from what it described as a “joint tactical operations room.”

“The joint tactical operations room of ‘al-Qalb al-Wahid’ (One Heart) — which is militarily led by al-Nusra Front and includes the Islamic Front and the Fajr al-Sham Islamic Movement — launched a blessed operation to end the hopes of the Nusayri army from reaching the al-Kindi hospital and lifting the siege from its soldiers who are trapped in the gate of northern Aleppo, near Aleppo Central Prison …” according to the SITE translation.

The three groups first tried to “storm the building” first on Dec. 4 by detonating a BMP armored personnel vehicle near the building and then sending a team to enter the breach.