It’s getting more and more dangerous every day to be a woman in Germany, it seems. The latest horrific attack involves two teenage sisters, sexually assaulted and raped by a group of Syrian teenagers at a local public teenager. 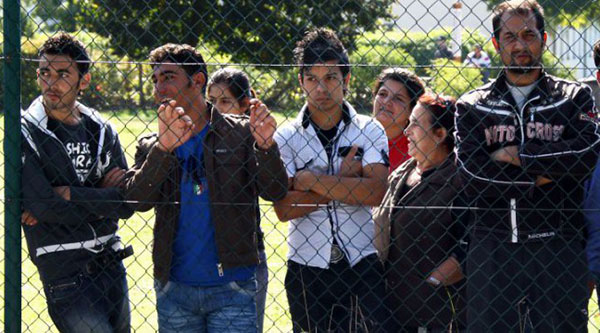 Three Syrian teenagers have been arrested for an attack on a girl at a swimming pool in Germany, as the country grapples with growing concerns about sex crimes perpetrated by asylum seekers.

The three boys are alleged to have surrounded the 17-year-old girl in the pool before one of them groped her underneath her swimming costume, in an offence deemed rape under local law.

When the girl’s sister, 14, tried to make them stop, she too was groped by the trio of teenagers, who were all aged under 15.

The girls managed to flee and raise the alarm with the lifeguard at the swimming pool, who called police.

Because the asylum seekers were only 15, they were not remanded in custody and were released, and will be prosecuted under juvenile law.

The main offender’s two friends were arrested for assault for taking part in the attack.

News of the arrest comes after more than two hundred women reported being sexually assaulted by groups of mostly Arab or North African men in Cologne during New Year celebrations.

Police say 553 criminal complaints have been filed, with about 45 per cent involving allegations of sexual offences, and most of the suspects identified so far are foreign nationals.

How bad do these attacks have to be before Angela Merkel and German officials get it? These are not helpless refugees — these are dangerous predators who are putting her constituents at risk.