Well, if Russia is in fact a friend of President Donald Trump, it might be a good time for him to pull that card.

Putin and Iran have promised to retaliate against American air strikes on a Syrian airfield following chemical attacks on the Syrian people.

It’s almost as if Trump and Putin aren’t as close as the left seems to think they are. 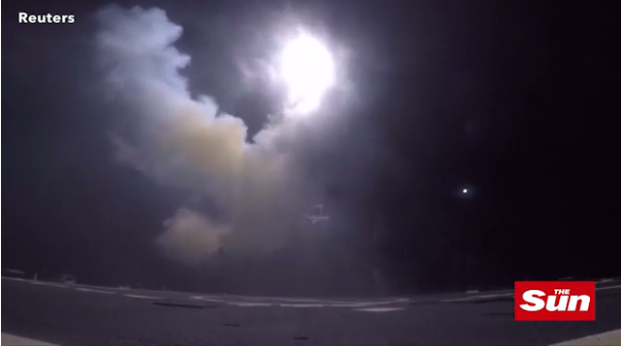 The two countries released a joint statement[2] making it clear that they believe Trump has crossed the line by ordering the launch of 59 tomahawk missiles at Syria.

“What America waged in an aggression on Syria is a crossing of red lines. From now on we will respond with force to any aggressor or any breach of red lines from whoever it is and America knows our ability to respond well.”

Iranian President Hassan Rouhani spoke out against the United States’ interference in Syrian affairs and called for an investigation into the chemical attack that killed 70 Syrian people. He also claims that our aggression in the area could ramp up extremist activity, but we all know he’s just using that as an excuse for their terrible behavior.

Whether you agree with the bombing of the Syrian airfield or not, I think we can all agree that having Iran and Russia team up against us would be a very bad thing for America. We need to take a step back and analyze the situation and determine the best way to proceed, because we’re already neck deep in hot water as it is right now. I just hope that Trump has the wisdom to do just that and doesn’t just launch us into World War III.