Donald Trump launched a targeted airstrike against Syria aimed at diminishing[1] Assad’s ability to launch another chemical attack on his people that he disagrees with. Not everyone feels quite the same about these actions. 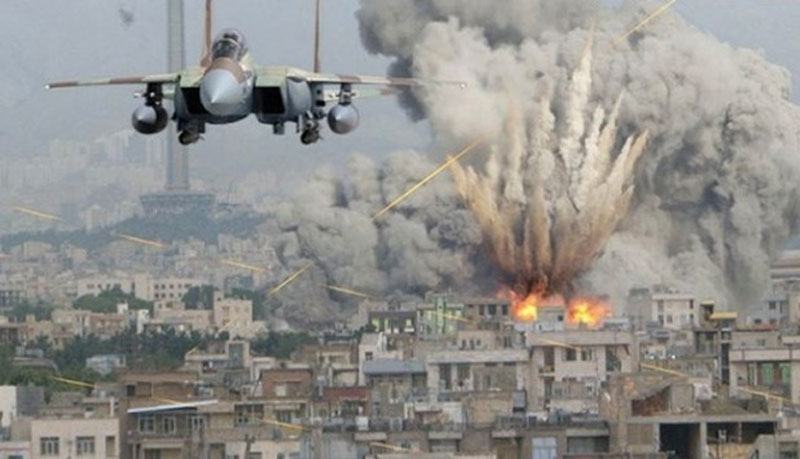 Reactions in the United States have been mixed. Democrats are trying any reason they can to find wrong in President Trump because they hate him. Some Republicans are criticizing Trump with whatever they can come up with because they’re bitter over losing the election for the establishment. The strikes were important and refugee Syrians all over the world are joining many allied nations on Social Media to express their thanks to President Trump’s moxie. Thanks to the New York Times[3], we have a list of the countries who support President Trump:

Britain
“The U.K. government fully supports the U.S. action, which we believe was an appropriate response to the barbaric chemical weapons attack launched by the Syrian regime, and is intended to deter further attacks.”

Germany and France
In a joint statement, Chancellor Angela Merkel of Germany and President François Hollande of France said that President Bashar al-Assad of Syria “bears sole responsibility” for the strike.

Turkey
A spokesman for President Recep Tayyip Erdogan of Turkey said, “The destruction of Sharyat airbase marks an important step to ensure that chemical and conventional attacks against the civilian population do not go unpunished.”

Israel
Israel’s prime minister, Benjamin Netanyahu, said in a statement: “President Trump sent a strong and clear message today that the use and spread of chemical weapons will not be tolerated. Israel fully supports President Trump’s decision and hopes that this message of resolve in the face of the Assad regime’s horrific actions will resonate not only in Damascus, but in Tehran, Pyongyang and elsewhere.”

Saudi Arabia
Saudi Arabia’s state news agency SPA said the government “fully supports” the missile strikes, calling it a “courageous decision” by President Trump in response to the use of chemical weapons by the Assad government against civilians.

Australia
Malcolm Turnbull, Australia’s prime minister, said the “Australian government strongly supports the swift and just response of the United States.” He added, “This was a calibrated, proportionate and targeted response. It sends a strong message to the Assad regime.”

Poland
A spokesman for the Polish government said that the United States was a guarantor of world peace and that there were times when you needed to react.

The United Arab Emirates
The foreign affairs minister, Anwar Gargash, said: “The attack on the civilians is a continuation of the heinous crimes committed by the regime against the Syrian people. It is a blatant violation of international and humanitarian conventions.”

Canada
Prime Minister Justin Trudeau said in a statement: “Canada fully supports the United States’ limited and focused action to degrade the Assad regime’s ability to launch chemical weapons attacks against innocent civilians, including many children. President Assad’s use of chemical weapons and the crimes the Syrian regime has committed against its own people cannot be ignored. These gruesome attacks cannot be permitted to continue with impunity.”

Even the Syrian people seem to be on the same page.

As a #Syria[7]-n citizen who had to flee his own country because of a brutal regime, I cannot hold my happiness in bombing #Assad[12]'s Air Force

As a Syrian refugee, I never imagined that I'd say this: Thanks @realDonaldTrump[14] for bombing the regime who displaced me, please do more.

As a Syrian and Assad chemical weapons massacre survivor I want to thank @POTUS[16] for striking the dictator, you gave us hope god bless u Sir!