Andrew Cuomo has a history of unapologetic liberalism, but his hatred for all things conservative (including tax cuts) might have just gone a little too far this time.

The New York Governor is now suing to block the tax cuts that conservatives have raved over. That’s right, he doesn’t want YOU personally (not just the people of New York) to be able to keep more of the money that you worked for. Nice and socialist, huh? 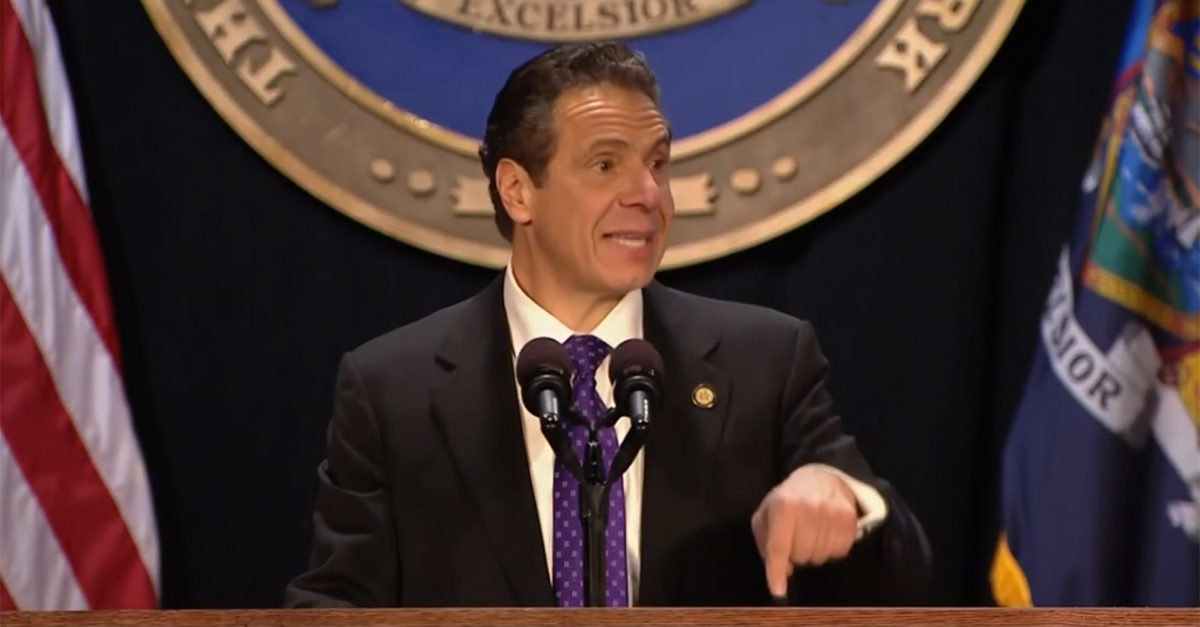 Cuomo is claiming that the tax cuts are an “assault on states rights” and in particular, New York. Keep in mind that this comes ahead of a suspected 2020 Presidential run for Cuomo and I’m sure he’s hoping this would make him popular with liberal Democrats who opposed the tax cuts.

He claims that because the law caps state and local deductions at $10,000, it will increase federal tax liabilities for homeowners in tax-rich cities like New York. Cuomo alleges that certain homeowners in his state would be seeing increases of up to 25% which would prompt them to leave for much cheaper states.

All of this, he says, could cause New York to be less economically competitive.

The thing is though, people have been leaving New York for a sane state for quite a long time.

So, because some people in New York (a state with astronomical taxes) might be seeing their tax rate increase (because, again, New York has its own, individual, insane tax code), the entire country has to suffer under the current tax code. Even if we don’t want to and even if our entire state supports the tax cuts. All because some liberal nutjob with a Presidential shine in his eye wants to flex his meager muscles in front of the media.

I hate to break it to you, Cuomo, but far more people support a decrease in taxes than will support your for President if this is your platform. Do yourself a favor and quit while you’re – well, just quit, okay? It’s embarrassing to watch you attempt to justify why Americans shouldn’t be able to keep more of the money we earn and decide how it is spent. As if you have some kind of authority over how we average Americans conduct our lives.

The funniest part is where he mentions the Constitution, as if he suddenly cares about what is written in it. Nice try, dude, but we all know it doesn’t mean anything to you unless you can use it to your advantage.