At first blush[1], I would say that President Trump’s tax plan is a home run. I would have preferred a flat tax, but overall, this is a vast improvement over what we have now. The plan will drastically cut taxes for businesses big and small, which will spur economic growth. The US has the largest corporate tax in the world and that is just so very wrong. It also strangles business. I believe this plan will create jobs and help bring prosperity back to the US.

Investment and estate taxes are to be reduced – which means the death tax is on the chopping block. All good news. Administration officials are claiming that other key tax code elements would ensure the plan would largely help the middle class instead of the affluent. They are claiming that the reduction in taxes will offset the hole in the budget and the economic growth would reduce — if not eliminate — the risk of a soaring deficit. President Reagan made similar moves and it caused the economy to massively boom. This will too if done right. 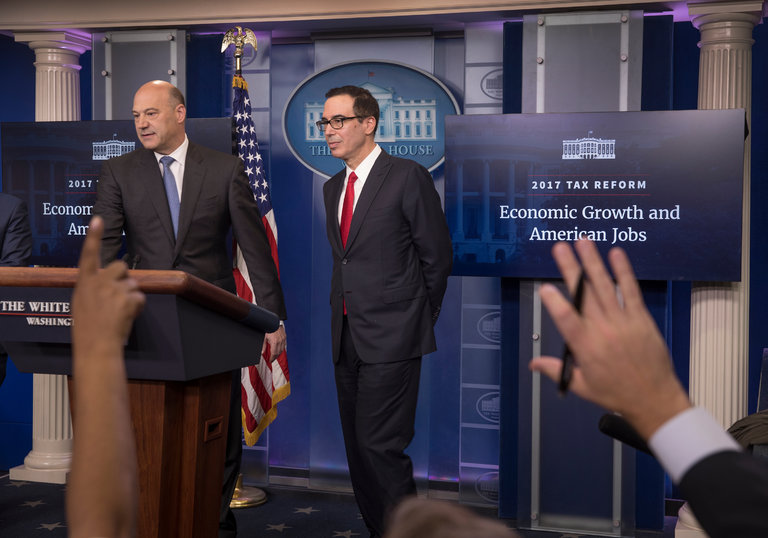 From the New York Times[3]:

WASHINGTON — President Trump on Wednesday proposed sharp reductions in both individual and corporate income tax rates, reducing the number of individual income tax brackets to three — 10 percent, 25 percent and 35 percent — and easing the tax burden on most Americans, including the rich.

The Trump administration would double the standard deduction, essentially eliminating taxes on the first $24,000 of a couple’s earnings. It also called for the elimination of most itemized tax deductions but would leave in place the popular deductions for mortgage interest and charitable contributions. The estate tax and the alternative minimum tax, which Mr. Trump has railed against for years, would be repealed under his plan.

As expected, the White House did not include in its plan the border adjustment tax on imports that was prized by House Republicans. However, it did express broad support for switching to a so-called territorial tax system that would exempt company earnings abroad from taxation but would encourage companies to maintain their headquarters in the United States.

The plan would include a special one-time tax to entice companies to repatriate cash that they are parking overseas.

“The president owns this plan; don’t be mistaken,” said Gary Cohn, director of the White House National Economic Council. Now, Trump will duke this out with the House and the Senate, hammering out details and arguing over the budget deficit. This would be the first massive rewrite of the U.S. tax code since 1986. This won’t be simple or easy, but it is necessary for our country’s viability and survival. This is a first step towards fixing the criminal over-spending and debt issues we face.

Let’s hope this massively simplifies the tax code. Cruz’s ideas would have implemented a flat tax and made filing taxes as simple as a post card. That won’t happen here, but I harbor hope that the process will still be massively cut back. On the corporate side[4], the top marginal tax rate would fall from 35 percent to 15 percent. That’s huge. Small businesses that account for their owners’ personal incomes would see their top tax rate go from 39.6 percent to the proposed corporate tax rate of 15 percent. That’s fantastic news for me personally. Mnuchin stressed that the change for small business owners — a group that under the current definition could include doctors, lawyers and even major real estate companies — would be done to ensure that wealthier Americans could not exploit the change to pay less in taxes. I guess we’ll see how this pans out… but so far, so good. 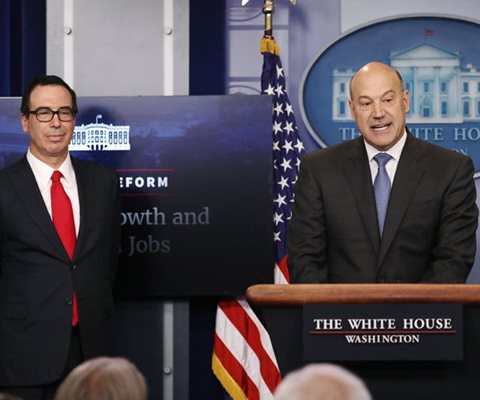