Finally, some good news![1] It’s taken years, but a federal appeals court has finally ruled that the IRS will have to relinquish documents connected to the Tea Party group and Lois Lerner. Many non-profit Tea Party groups were persecuted and hounded by the IRS and now some justice is coming their way at long last. In a unanimous ruling from a US Court of Appeals in the 6th Circuit, the IRS was given two weeks to turn over documents in a class-action lawsuit led by the NorCal Tea Party Patriots. The DOJ was also slammed by the court for their heavy handed treatment of the groups. The NorCal Tea Party Patriots suit began in 2013 after a Treasury inspector ruled that the Internal Revenue Service had unfairly targeted conservative groups, particularly those associated with the Tea Party movement. The IRS stalled claiming that releasing the names and organizations on their “Be on the Look Out” list would violate privacy rules. The Tea Party called them out on it and the judges agreed. Now we are getting somewhere. 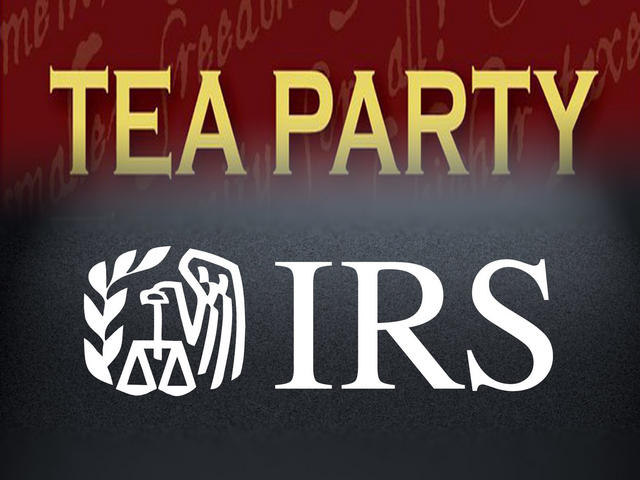 After years of stalling, a federal appeals court has finally ruled that President Barack Obama’s IRS[3] will have to turn over documents related to a tea party group it allegedly targeted for its political leanings.

In a unanimous ruling by the Cincinnati-based U.S. Court of Appeals for the 6th Circuit Thursday, the agency was given two weeks to turn over the documents in a class-action suit headed by the NorCal Tea Party Patriots.

According to Fox News[4], the court’s opinion also criticized the Department of Justice’s conduct in the case.

“The district court ordered production of those lists, and did so again over an IRS motion to reconsider. Yet, almost a year later, the IRS still has not complied with the court’s orders. Instead the IRS now seeks from this court a writ of mandamus, an extraordinary remedy reserved to correct only the clearest abuses of power by a district court,” Judge Raymond Kethledge wrote in his opinion. “We deny the petition.” That’s music to my ears. Let’s see where this goes, but it at least gives us some hope that justice will be served here. Of course, the best justice will be a new president and to dismantle the IRS once and for all. Calling Ted Cruz… 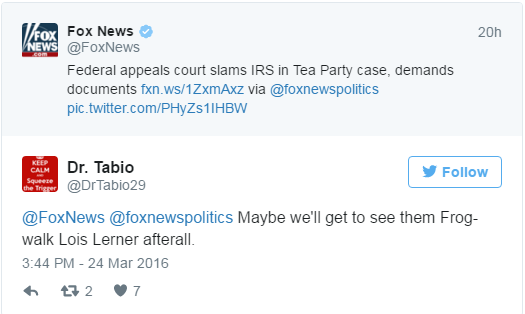