Yes, the Occupy movement has FINALLY arrived even here in Myrtle Beach, SC. This week-end, I headed out to the general assembly meeting to see what I could see.

To begin with, although it was smaller than the Tea Party rallies (about 100 people were there), it had roughly the same composition. It was mostly an older crowd and the racial composition was about the same because there were just a handful of minorities who showed up.

They did, however, have bongos. 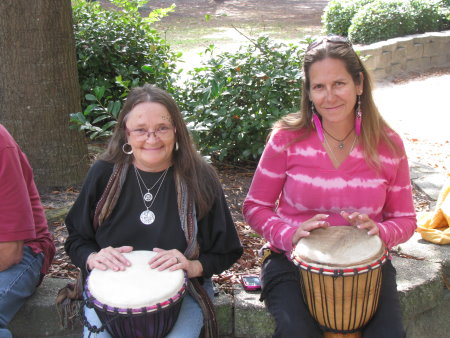 Naturally, I dressed to blend in (Ha, ha!) by busting out my Public Enemy shirt and wearing all black. 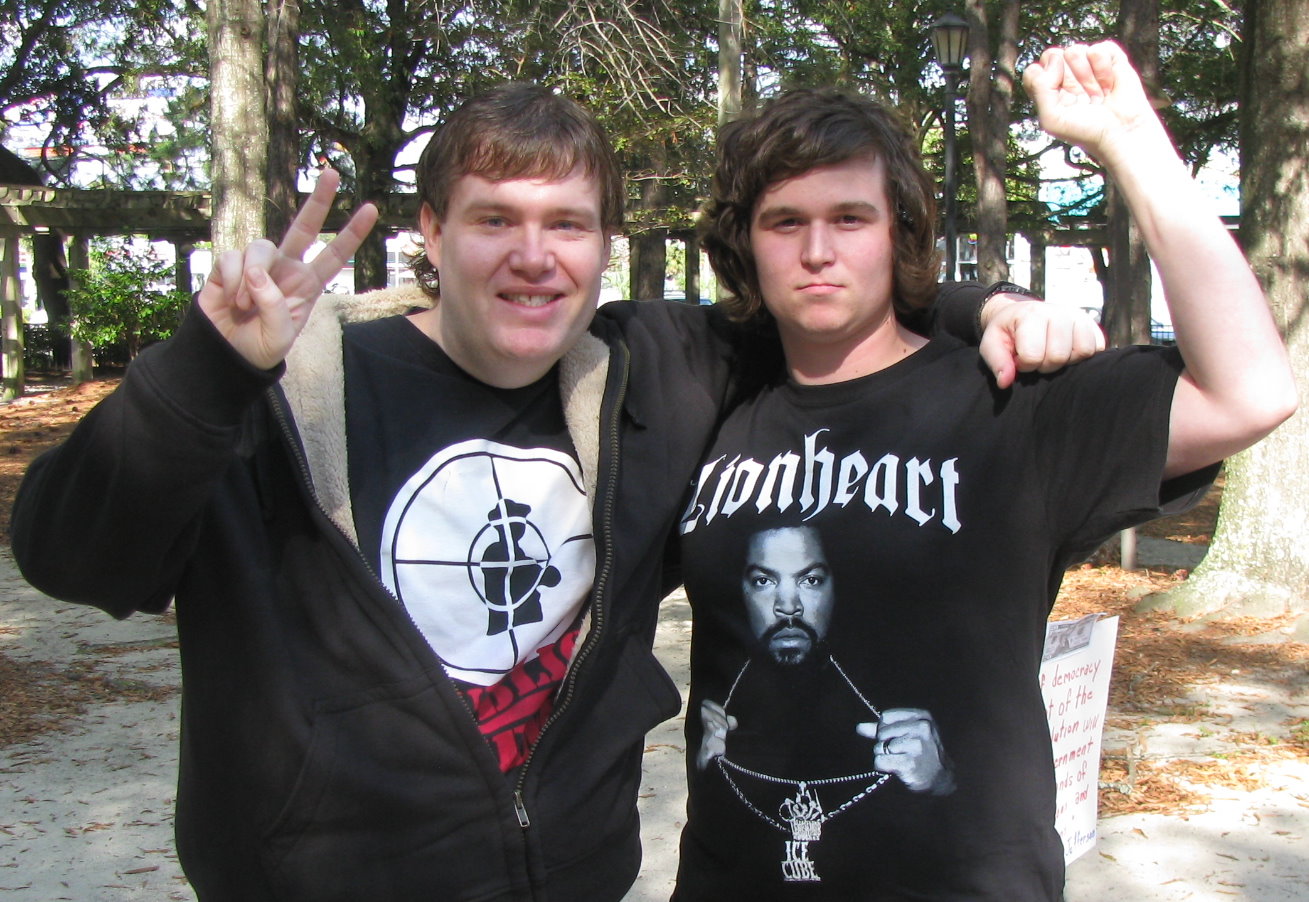 The meeting may have actually been even less organized than the other protests you’ve heard about across the country.

First off, nobody was in charge. Whoever called for the protest to be on Saturday either didn’t show up or didn’t identify himself. So, a philosophy professor just started writing people’s names down on a sheet of paper so they could speak. Roughly 20 minutes after the meeting was supposed to start, he just started calling people up to speak. Eventually, he had to go and his replacement was, I kid you not, a 12 year old girl. In all fairness, she seemed like a very sharp, intelligent 12 year old girl and she did a fine job — but still.

The speakers were, well, a little weird — and not in the way that you’d expect.

Although most of the crowd looked like run-of-the-mill Myrtle Beach locals, you did have just enough people dressed like this… 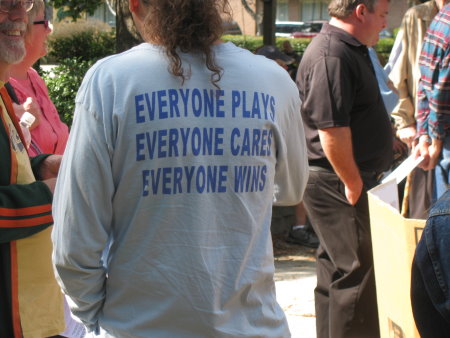 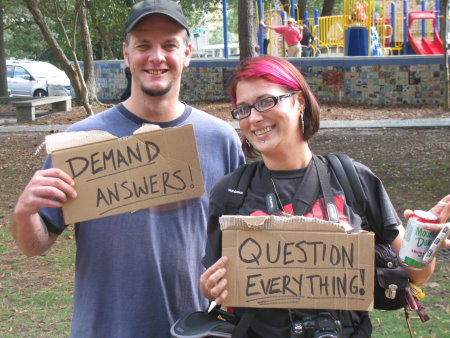 …that I kind of expected this to be the standard, Occupy Wall Street, up with Marx, pay for our college loans, more free stuff rally that you’d think.

Instead, most of the 20 or so speakers sounded about like Pat Buchanan. There were people talking about the importance of the 10th Amendment, complaining about illegal immigration, being distrustful of politicians, upset about jobs being shipped overseas, and kvetching about the bailouts….all to the tune of bongos in the background.

Probably three quarters of the speeches would have fit right in at a Tea Party although it was a lot more aimless. Most people were complaining that they were unhappy about something or another, but they didn’t seem to know what to do about it.

As it started to wind down, people spent 15 minutes trying to figure out what to do next. Intriguingly, there was someone there from “Occupy Ashville” who said that protest had splintered into all sorts of smaller groups. That’s not exactly a surprise. Melding this group of people into an effective political force would be extremely difficult work, not just because there’s no leader, but because there were genuinely a lot of divergent views on display. How do you get the diehard liberal and the libertarian and PaleoCon and the guy who’s mad that his job was shipped overseas altogether and push one agenda?

After the rally was over, I heard a lady saying that she sure wished she could talk to a Tea Partier and of course, I walked up and introduced myself to her and this gentleman, who seemed like more of a Libertarian. 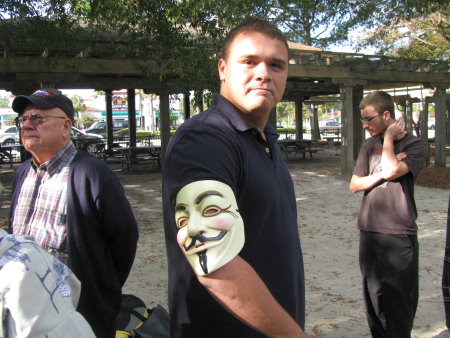 She wanted to know why the Tea Partiers support Republicans when they want to get rid of Medicare and Social Security. We had a nice, polite 15 minute coversation where we didn’t agree on anything except the need for term limits.

All in all, it was an entertaining event and not quite what I expected.