FBI Warns of Terrorist Hacker Threat to this EXTREMELY Important part of America!

DHS and the FBI[1] are ringing the alarm bells over impending cyber attacks that could take aim at our power grid. They fear the same kind of attacks here that happened in the Ukraine. That’s not far-fetched. Iran just attacked a dam back east. They have just started a national campaign on March 31st to warn everyone of the impending danger that we face. Why, in the hell don’t they force utility companies to harden the grid? Everything is on the Internet now and vulnerable to hacking. The same technology that has brought us freedom and innovation has also brought great dangers with it. It is believed the Russians carried out the attack in the Ukraine utilizing BlackEnergy software. I warned about that scenario a year ago. Now, it is here. 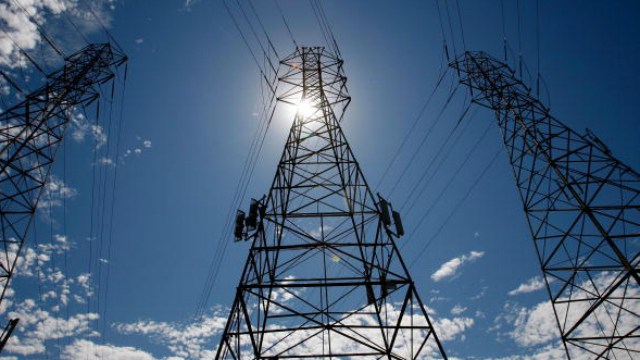 Three months after a Department of Homeland Security intelligence report downplayed the threat of a cyber attack against the U.S. electrical grid, DHS and the FBI began a nationwide program warning of the dangers faced by U.S. utilities from damaging cyber attacks like the recent hacking against Ukraine’s power grid.

The nationwide campaign by DHS and the FBI began March 31 and includes 12 briefings and online webinars for electrical power infrastructure companies and others involved in security, with sessions in eight U.S. cities, including a session next week in Washington.

The unclassified briefings are titled “Ukraine Cyber Attack: Implications for U.S. Stakeholders,” and are based on work with the Ukrainian government in the aftermath of the Dec. 23 cyber attack against the Ukrainian power infrastructure.

“These events represent one of the first known physical impacts to critical infrastructure which resulted from cyber-attack,” the announcement by the DHS Industrial Control Systems Cyber Emergency Response Team read.

“The attacks leveraged commonly available tools and tactics against the control systems which could be used against infrastructure in every sector.”

The briefings will outline the details of the attacks, the techniques used by the hackers, and strategies to be used to limit risks and improve cyber security for grid organizations.

Security researchers have concluded the attack was carried out by Russian government hackers based on the type of malicious software, called BlackEnergy, that was detected in the incident.

The threat briefings followed an internal DHS intelligence report published in January that stated the risk of a cyber attack against U.S. electrical infrastructure was low.

“We assess the threat of a damaging or disruptive cyber attack against the U.S energy sector is low,” the report, labeled “for official use only,” says.

The report said advanced cyber attackers, such as nation states like Russia and China, are mainly seeking to conduct “cyber espionage.”

First the feds say the risk is low, now they panic. We have known it was sky-high for a very long time now. Don’t any of these morons watch Die Hard? Obama will probably play down the threat hoping that it happens right around election time or right after he leaves office. But if a successful attack is carried out on even part of the grid, millions will be impacted and many people could die depending on the time of year and location. The report also sought to dismiss public references to “cyber-attacks” as exaggeration. “Overuse of the term ‘cyber attack,’ risks ‘alarm fatigue,’ which could lead to longer response times or to missing important incidents,” the report said. The report raises questions about whether DHS, which has primary responsibility for protecting US government computer networks and works with the private sector to prevent cyber attacks, understands the infrastructure cyber threat and is seeking to downplay the threat for political reasons. It’s not a matter of if anymore, it’s when. America better be ready.