North Korea says it can prove it is not behind the massive Sony Pictures cyber attack that has led to several e-mail leaks, threats on movie theaters and the cancellation of the release of the movie “The Interview.” The country has also said it proposes a joint investigation with the U.S. on the attack and if the U.S. does not agree, North Korea warns of “grave consequences,” state media says. Well, aren’t you just a bowl of cherries, North Korea?[1] 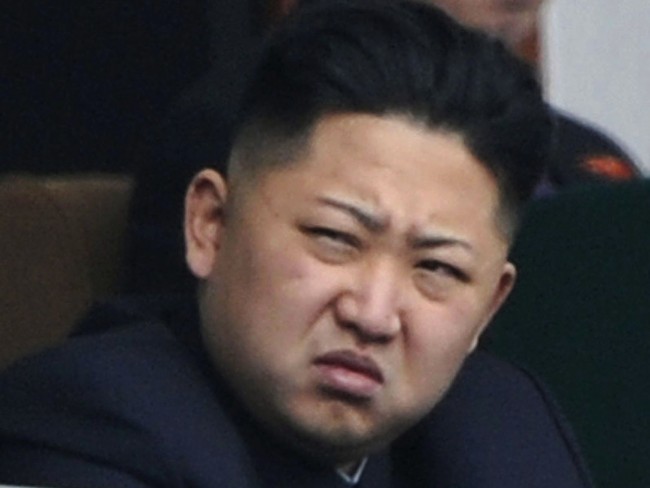 The announcement comes as a response to the FBI’s statement saying it has enough information to “conclude that the North Korean government is responsible” for the actions.

The bureau said its findings were the result of an investigation that involved multiple departments and agencies, and were based in part on technical analysis of the malware used in the attack. The FBI said the malware “revealed links to other malware that the FBI knows North Korean actors previously developed.”

Further, the FBI noticed “significant overlap between the infrastructure used in this attack and other malicious cyber activity the U.S. government has previously linked directly to North Korea.” For instance, the FBI said several IP addresses with “known North Korean infrastructure” communicated with IP addresses “hardcoded” into the malware that ripped through Sony’s systems, deleting data and swiping sensitive information and rendering thousands of computers inoperable.

The FBI also said the “tools” used in the attack are similar to those in a North Korea-led attack against South Korean banks and media outlets last year.

“We are deeply concerned about the destructive nature of this attack on a private sector entity and the ordinary citizens who worked there,” the FBI said in its statement. “Further, North Korea’s attack on SPE reaffirms that cyber threats pose one of the gravest national security dangers to the United States. Though the FBI has seen a wide variety and increasing number of cyber intrusions, the destructive nature of this attack, coupled with its coercive nature, sets it apart.

“North Korea’s actions were intended to inflict significant harm on a U.S. business and suppress the right of American citizens to express themselves. Such acts of intimidation fall outside the bounds of acceptable state behavior.”

Obama said in a press conference Friday that there was no indication that points to any other country working with North Korea in the attack.

Obama vowed Friday: “We will respond.’

North Korea says that there will be ‘grave consequences’ if the US does not comply with a joint investigation? Uh, yea, no thanks, we already experienced what happens when you guys have access to information. You get all glowy-red-skeleton-terrorist-attack threatening on us.

Remember folks, this is over a MOVIE. North Korea was so afraid that this movie would come out. Why, is anyone’s guess, because with or without the movie, Kim Jong Un is exactly the joke that he appears to be to the rest of the world. Well, at least those of us allowed to think that.