Senators Cruz, Graham push to CUT funding to UNITED NATIONS over their stance on…

Senator Ted Cruz[1] and Senator Lindsey Graham have buried the hatchet while uniting to cut funding to the United Nations over the horrific resolution against Israel that was passed thanks to Barack Obama and John Kerry. In fact, I heard that Cruz told Mark Levin the other day that it is very possible that Obama may try to hurt Israel even more before he leaves office. What an asshat. Israel is our oldest and closest ally. We should cut off all funding to the UN over this… hell, don’t just defund them, dump them. Get us the hell out of the UN.

What Barack Obama and John Kerry did on abstaining to vote and letting a unanimous resolution take place against Israel is tantamount to treason in my book. Cruz and Graham have vowed to get the funding cut off to the UN until the resolution is repealed. Which will never happen… so this is the first step to cutting off our funding to the UN, leaving them and booting them from the US entirely. I am extremely good with that. 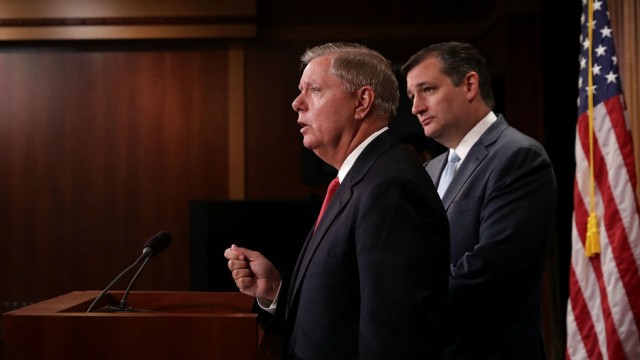 GOP Sens. Lindsey Graham (S.C.) and Ted Cruz (Texas) introduced legislation on Thursday that would cut off funding to the United Nations over a recent resolution denouncing Israeli settlements.

The bill would stop the flow of funds until the president confirms the repeal of a U.N. Security Council resolution that called Israel’s expansion into Palestinian territories a violation of international law.

Cruz said President Obama “betrayed decades of robust bipartisan American support for Israel” by having his administration abstain from voting on the resolution rather than vetoing it.

“Congress must hold the U.N. accountable and use our leverage as its largest contributor to push for the repeal of this resolution, making it clear to the world that Congress stands unequivocally against efforts to undermine Israel,” he added.

Obama and Secretary of State John Kerry faced bipartisan backlash over the resolution late last year, with Republicans and Democratic lawmakers publicly urging them ahead of the vote to use the U.S.’s veto authority to kill the resolution.

Graham, who oversees funding for the State Department and foreign operations, called the vote “a slap” against the Middle East ally.

“I begged the U.N. months before, don’t put me in this box. This was John Kerry and Obama taking a slap at Israel,” Graham said.

The House passed a resolution on a 342-80 vote last week denouncing the Security Council vote. A majority of Democrats, 109, voted for the resolution, while 76 voted against it, and four voted “present.” Obama’s move was very unpopular on both sides of the aisle and got major push back. The Senate has introduced its own resolution, which is backed by 68 senators, though it hasn’t yet come up for a vote. I would bet it will pass, just in time for President-elect Trump to weigh in.

It’s no secret that Barack Obama hates Israel and despises Bibi Netanyahu. He has designs on the UN himself. They can have each other, just do it in some other country, like Belgium for instance. Americans are not going to stand for this antisemitism and neither is Trump. You can bet that America will be singing a much different tune at the UN come January 20th. Good for Cruz and Graham… this was the right thing to do and long overdue. 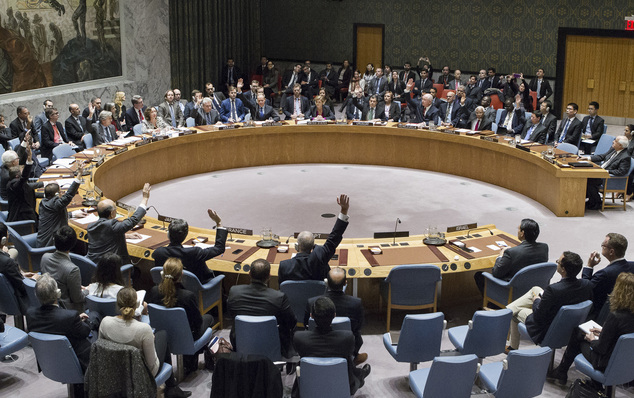