Ted Cruz may no longer be in the race for the presidency[1], but he is still fighting for this country and our Constitution. He is doubling down on his conservative values. Ted Cruz just took a stand with Texas Gov. Greg Abbott against Barack Obama and his ‘gender fluid’ bathrooms edict… in essence saying, “Not in my state, you don’t.” Obama used executive fiat to declare his transgender bathroom mandate for all public schools across the nation… bypassing Congress and the states. But Texas is not just any state and they aren’t willing to be extorted by Obama. Cruz is for privacy and for the rights of all Americans, not just a very small minority, while eschewing the rights of the overwhelming majority. 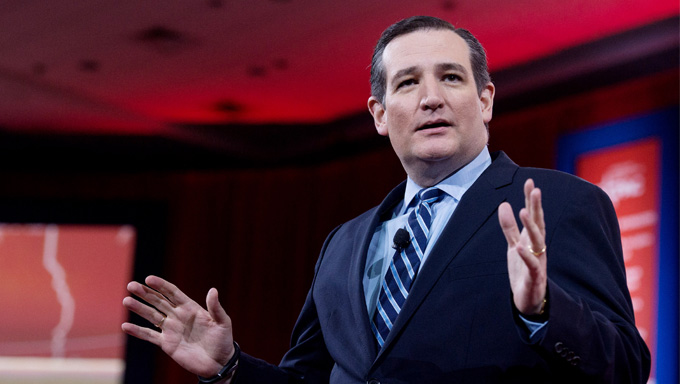 He may be out of the race for president but Ted Cruz is not out of the business of championing conservative values.

The Texas senator joined fellow Texan, Gov. Greg Abbott[3], in railing against the Obama administration’s threat to withhold federal funding from public schools who don’t allow student’s to use the bathroom of the gender they claim to identify with.

“America has woken up to yet another example of President Barack Obama doing through executive fiat what he cannot get done through our democratic process,” he said in a statement[4]. “Today, he decreed that schools across the country must allow men and boys to use the restrooms, locker rooms, and shower facilities previously reserved for girls. Not only is this decree contrary to law, but it makes no sense.”

“There is a reason that we give girls access to their own changing rooms: It is for their privacy, safety, and security,” the statement continued. “The administration’s dangerous departure from that common-sense norm must not stand.”

The Senator said during his “many years in law enforcement” he “handled far too many cases of child molesters, of pedophiles, of people who abused little kids.” “What we’ve now seen across the country, from the administration’s lawsuit against North Carolina to the superintendent of the Fort Worth Independent School District in Texas, is that common-sense needs for safety and privacy are being trumped by leftist notions of faux egalitarianism,” he wrote. “I encourage every school superintendent, school board, and parent across this nation to disregard this barely veiled threat from the White House aimed at overturning the utterly reasonable practice of preventing men and boys from entering girls’ restrooms and changing rooms,” Cruz added. Amen to that… America you chose exceedingly poorly when you chose Donald Trump.