Ted Cruz Takes The Mic At Gorsuch Hearing – Calls Democrats OUT For Being SNAKES! [VIDEO] 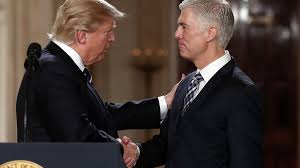 Judge Neil Gorsuch is one of the best things that has come out of the Trump presidency thus far. He is a strong, upstanding example of what our country needs right now in the Supreme Court. And recently he has had to fight for the appointment in Congress at the expense of strong Democratic opposition. It is just one more example of the Left opposing appointees and policies simply because they came at the hands of a president that they hate.

Ted Cruz took to the stand at the Neil Gorsuch hearing and had a powerful message for those who are working to get the appointment turned down. He is asking the Democrats in the Senate a simple question. “What changed?” Senator Cruz brought up the history of Judge Neil Gorsuch’s appointments and it turns out ten years ago when being appointed, he was not opposed by a single Democrat. Among those Democrats in the Senate at the time were Harry Reid and Hillary Clinton. But even they felt comfortable supporting this move.

Here is what Cruz had to say on the subject:

A decade ago, Judge Gorsuch was confirmed in the Senate. Not a single Democrat spoke a word of opposition. #ConfirmGorsuch[2] @senjudiciary[3] pic.twitter.com/T4Fpiil6kQ[4]

Moving forward it will be interesting to see how this appointment, along with many others, will effect the long term success of Donald Trump’s presidency. It appears that he could not have made a better choice for the Supreme Court.