I don’t think I’ve ever supported a politician’s idea so wholeheartedly in my entire life.

Ted Cruz wants to utilize the $14B seized by drug kingpin Joaquin ‘El Chapo’ Guzman to fund the border wall. In a delicious twist of irony, the wall would go towards keeping drugs from entering America via our southern border. 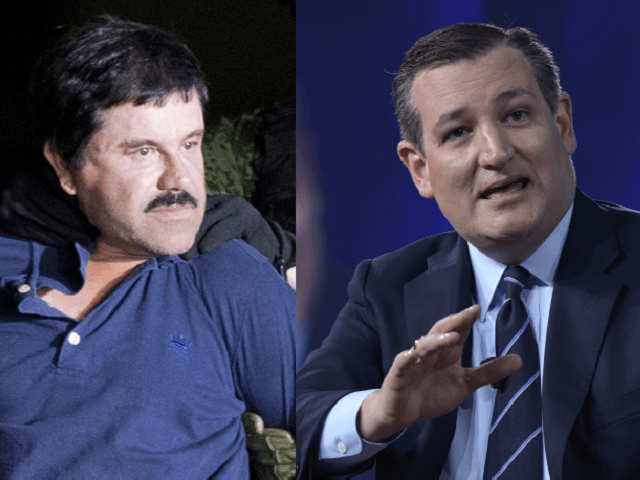 In a statement obtained by Breitbart Texas[2], Cruz detailed the benefits of using the seized funds to help pay for our border wall with Mexico.

“Fourteen billion dollars will go a long way toward building a wall that will keep Americans safe and hinder the illegal flow of drugs, weapons, and individuals across our southern border. Ensuring the safety and security of Texans is one of my top priorities.”

He also stated that the large chunk of money would “offset the wall’s cost and make meaningful progress toward achieving President Trump’s stated border security objectives.”

If you’re doubting exactly how clever the Senator is, consider the name of the bill he introduced as a means of being able to acquire and reinvest the funds: Ensuring Lawful Collection of Hidden Assets to Provide Order Act. This can be conveniently shortened to (ELCHAPO).

What I love more is that someone in the government is actually finding ways to fund the wall America so desperately needs without saying “we’re going to tax Mexico’s goods” or “well, the taxpayers are going to have to pay for it, but as long as it gets done, I don’t care.” Should Cruz’s new Act be successfully passed, we will be that much closer to Trump fulfilling his campaign promise of giving us a wall.

This is a very clever and beneficial way to use ill-gotten gains to help protect an entire nation of people from people like the man “donating” the money. Who knows, maybe there will be a stretch of wall named after El Chapo.