You just have to love Ted Cruz’s style.[1] During the confirmation hearing on Tuesday for Jeff Sessions, the circus came to town. It was choreographed by Medea Benjamin[2] of Code Pink[3] infamy. They had people there dressed as the KKK and others wearing pink tiaras. They screamed for Black Lives Matter. And Ted Cruz did exactly what he should have done as they were being escorted from the chambers… he laughed at them. This time it was send out the clowns. He also noted that free speech was a wonderful thing.

Cruz went on to say that for eight long years the left has crippled this nation by ignoring the rule of law. Jeff Sessions as attorney general will once again impose the rule of law and adhere to the Constitution. This is why the left is scared crapless over him being confirmed. But they can’t stop it… Sessions will become attorney general and then go after illegal immigrants, refugees, radicals and criminals who had a free ticket during Obama’s reign. The party is over for this scum and they wail like a bunch of demons who know their hour is at hand. 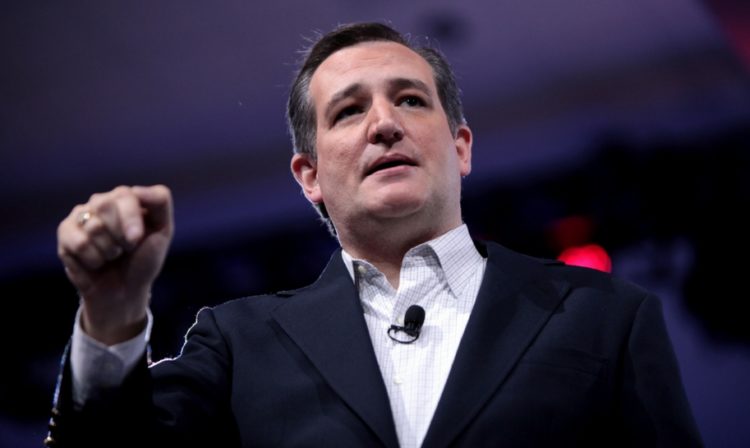 Sen. Ted Cruz, R-Texas, hammered Democrats on the Senate Judiciary Committee on Tuesday for their vigorous assault of attorney general nominee Jeff Sessions, under the auspices of a reverence for the rule of law, when considered in light of their silence as the Obama administration carried out years of lawless deeds.

But first, he had to deal with protesters who interrupted the Sessions confirmation hearing with shouts of “Jeff Sessions, you are a racist!” and “Black lives matter!”

After Capitol Police escorted them from the room, Cruz remarked that “free speech is a wonderful thing,” before getting to the matter at hand.

“For eight years we’ve seen a Department of Justice consistently disregarding the rule of law,” he continued.

Cruz recited a whole list of lawlessness by the Obama administration and the Department of Justice. His indictment of the Democrats was nothing less than impressive: “When Eric Holder’s Department of Justice allowed illegal gun transactions, illegally sold guns to Mexican gun traffickers, as part of Fast and Furious — guns that were later used to murder Border Patrol Agent Brian Terry — the Democratic members of this committee were silent.”

“When Eric Holder was found in contempt of Congress for refusing to cooperate with Congress’ investigation into Fast and Furious, once again the Democrats on this committee were silent,” he continued. And they were… over and over and over again. “When the IRS illegally targeted United States citizens for exercising their First Amendment views, for exercising their roles in the political process, Democratic members of this committee were silent,” Cruz said. Instead the DOJ refused to prosecute the matter and turned it over to a major donor of Barack Obama’s. Talk about corruption.

And Cruz was far from done… he made a laundry list of corruption, including Operation Choke Point, sanctuary cities, the Obama administration’s release of tens of thousands of criminal illegal aliens whose past offenses included rape and murder, the paying of nearly $2 billion in ransom to Iran for American hostages, the numerous changes to provisions of Obamacare without congressional approval, and the recess appointments by the president, which the Supreme Court later ruled, unanimously, were unconstitutional.

Cruz is now celebrating that with the confirmation of Sessions, the rule of law will once again be in play. And adding to the misery of the left and the shredding of Obama’s legacy, Cruz will reintroduce today the bill to fully repeal Obamacare.

Finally, Cruz pointed out that if we played the same game the Dems did, when Sessions is confirmed, he could do exactly what the Democrats did to us… “Now, if we were to play a game of tit-for-tat, if what was good for the goose was good for the gander, then a Republican attorney general should be equally partisan; equally disregard the law; should advance political preferences favored by the Republican Party,” he said. He asked Sessions what a Republican attorney general should do and Sessions said that he would do the opposite of partisan rule… he would observe the Constitution and the rule of law. And that is why Jeff Sessions needs to be attorney general. Cruz’s presentation, case and closing were a slam dunk… that’s how you do it folks. 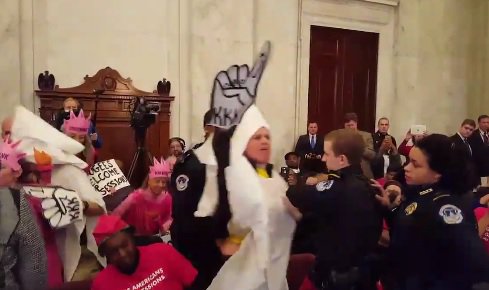