I’m from Idaho and this really just makes my blood boil.[1] I hope bloggers keep screaming about this from the rooftops. Three of Obama’s refugees – they were boys, but that point is irrelevant – who were relocated to Twin Falls, Idaho, forced a mentally challenged five year-old into a building where they assaulted her and urinated on her. A woman walked in on them doing it. The boys were arrested and then unbelievably released. I believe their families were evicted from the apartment complex where this happened. Enter Obama’s US attorney in Idaho who starts threatening anyone who brings this heinous act to the forefront. Now, she is doubling down, threatening people with being investigated. Anything to protect the religion of pieces. Where’s the ACLU on this? This is downright fascist in nature. 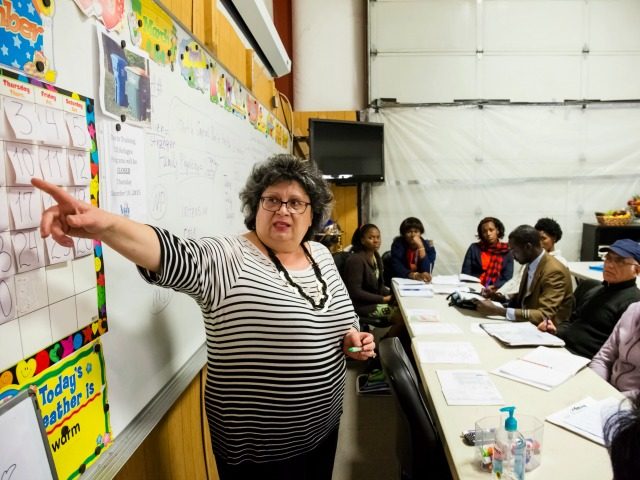 Amid a national uproar, President Barack Obama’s U.S. attorney in Idaho is repackaging her threat to investigate Americans who are protesting policies that allowed the repulsive sexual-assault of a child by Sudanese and Iraqi Muslim refugees in Twin Falls, Idaho.

The repackaged threat was published Tuesday, and makes clear that U.S. Attorney Wendy Olsen is trying to intimidate the Idaho public from debating the problems caused by Obama’s decision to import huge numbers of foreigners — and their aggressive cultures — into Americans’ quiet neighborhoods.

“The [first] statement was not intended to and does not threaten to arrest or prosecute anyone for First Amendment protected speech … [but] certain threatening or harassing communications may violate federal law and will be investigated,” she insisted in her new Tuesday, June 28 statement.

The federal threat of prosecution comes as many people in Twin Falls protest Obama’s migrant policy, which has brought many migrants into the state for jobs, including new jobs at a large Chobani yogurt factory. People are terrified and angry and this is not going to end well. As Breitbart News reported previously: On June 2nd, a 14 year-old Sudanese refugee in Idaho coached a 10 year-old Sudanese and a 7 year-old Iraqi boy to corner a white five year-old girl in the laundry room, strip her naked, touch her and urinate on her clothes and in her mouth, while he filmed the vicious attack until interrupted by an elderly woman who spotted him. The US attorney has said the spread of false information or inflammatory or threatening statements about the perpetrators or the crime itself reduces public safety and may violate federal law. What she is saying here is that the First Amendment is subjective and applies to some more than others. If they deem hate speech is being used, then people will be prosecuted. Hate speech being defined as anything against Islam. But “harassing communications” sent to public officials are not illegal, as Washington Post legal writer Eugene Volokh, who was critical of Olsen’s initial blanket statement on the Twin Falls sex assault, commented. “True threats of criminal conduct are punishable; but mere harassing communications to high-level officials are constitutionally protected.” Obama’s thug is saying that Americans are spreading “false and inflammatory rumors.” And she intends to persecute and prosecute those who do so. Welcome to Obama’s America.