When They Asked Him How He’d Handle ISIS, Ben Carson Gave the Best Response Ever

How would a real leader stamp out the plague that is ISIS? Ben Carson gave a brilliant response to that very question, which is basically the exact opposite of what our current do-nothing president is willing to do. 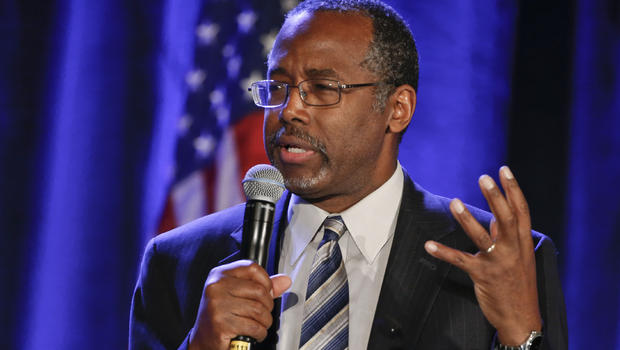 Carson appeared on Fox News this morning to comment on the state of the Union and specifically respond to comments from Leon Panetta, former Secretary of Defense, about the threat of ISIS.

“The problem with Washington is that we’ve all become democrats and republicans instead of Americans,” said Dr. Carson, “And everything is aimed at enhancing one’s political position rather than strengthening the nation. Unless we are able to get beyond our political affiliation and start thinking about what’s good for us as a people, we’re doomed.”

When asked how he thinks ISIS should be handled, he gave the most eloquent response:

They’re extremely sophisticated and they have tentacles that are growing throughout the world. They’re still in their adolescent stage and this is the time when we can crush them. But if we allow them to mature into a full-grown tree, with deep roots and thick branches, it’s going to be almost impossible. We need to do it now.

I would use every resource available: military, banking, sanctions, you name it. And I would not hesitate to put boots on the ground. We need to be the leaders. The coalition will form if it has a leader… This is serious so I would commit everything to eliminating them right now.

Carson hit the nail on the head in saying that now is the time to crush ISIS. Right now, they’re still a relatively small player on the global stage — but if we allow them to continue to grow and flourish and obtain power, that will quickly change. The time to act is now.