Believable or Not? Family of Chattanooga Gunman Claims Their Son Suffered From Depression

Knowing that someone a person loves has committed a horrific crime is undoubtedly difficult. But this also means that they can come up with a lot of unbelievable excuses for why their loved one did what they did, and it seems like that’s what the family of the Chattanooga gunman is doing now. 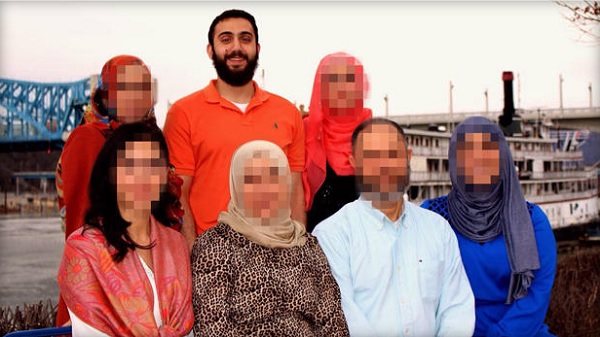 The family of the gunman who killed five servicemen in Chattanooga has broken their silence, claiming their son suffered from depression for many years.

Muhammad Youssef Abdulazeez went on the deadly rampage at two military sites in the Tennessee city on Thursday before he was shot dead by police.

Friends have since revealed that a trip to Jordan last year visibly changed the 24-year old, while others have said he would frequent gun ranges in the build up to the deadly rampage.

Now, in their first public statement since the attacks, his family have tried to shed light on mental health problems he may have been suffering in the build-up.

They said: ‘There are no words to describe our shock, horror, and grief. The person who committed this horrible crime was not the son we knew and loved.

‘For many years, our son suffered from depression. It grieves us beyond belief to know that his pain found its expression in this heinous act of violence.

‘We have cooperated with law enforcement and will continue to do so, as we understand there are many legitimate questions that need to be answered.

‘Having said this, now is the time to reflect on the victims and their families, and we feel it would be inappropriate to say anything more other than that we are truly sorry for their loss’.

That they are cooperating with law enforcement and have the wisdom to know that this is a time to be there for the families of the victims is to be commended. But to blame this on depression is stretching the limits of believability — whether they’re saying it because they’re delusional or because they’re trying to cover up some jihadist leanings is anyone’s guess.