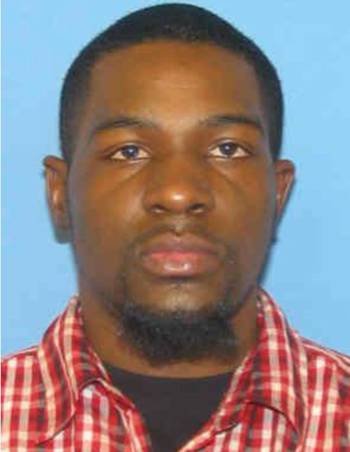 Right in my freaking back yard! The religion of pieces has struck in Moore, Oklahoma[2] yesterday. Alton Alexander Nolen, 30 years old[3] and an ardent Muslim, got fired from his job yesterday at a food processing plant. He had been actively recruiting fellow workers to Islam. When the infidels fired his sorry ass, he decided to cut off a woman co-worker’s head and stab another. Always with the damn heads. Maybe we should practice a head for a head… Just sayin’. Quite impressive for a barbaric demon with a knife, wouldn’t you say?

This warrior for Jihad was working at Vaughan Foods in Moore when he got an urge to behead an innocent woman. This country’s about to blow folks, because there are lots of us that just won’t stand for this murderous crap. Moore is 10 miles or so from Oklahoma City and about 100 miles from Tulsa. This is the Bible belt, but if you look closely, the whole place is now inundated with mosques and followers of Allah. Whole tours at the local zoo are comprised of nothing but Islamic young uns’ and hijabs are a common sight at the store. It isn’t just here either… I’ve been all across the nation the last few years and it is everywhere. We have been quietly invaded and subverted.

It’s laughable that the authorities wasted no time in saying there is no connection to terrorism — it’s workplace violence. I’d call beheading terrorism, you moronic asshats. The person who shot and injured Nolen was the company’s former Chief Operating Officer, Mark Vaughan, who is also an Oklahoma County reserve sheriff’s deputy. Vaughan’s ballistic intervention came as the attacker was stabbing a second woman at the plant. Too bad Nolen wasn’t dispatched to hell, where he belongs. He and the surviving victim were taken to an area hospital. Both are listed in stable condition.

Now, the local police are asking the FBI[4] to help investigate Nolen. Which will go nowhere I predict. He’s a Muslim and a terrorist. They should check out his ties to ISIS, his mosque, his Imam — his life. But they won’t. They’ll cover it up – just another dead woman, as the bodies keep piling up in America.

KFOR-TV[6] reports Nolen drove to the front of the building, hit a vehicle and the[n] proceeded to walk inside where he encountered 54-year-old Colleen Hufford. Nolen allegedly began stabbing Hufford with a knife that is the same kind of knife used at the plant. Lewis said Hufford was stabbed several times, adding that Nolen “severed her head.”

After killing Hufford, Lewis said Nolen encountered 43-year-old Traci Johnson and began stabbing her with the same knife. KFOR-TV reports that Mark Vaughan, an Oklahoma County reserve deputy and a former CEO of the business, “shot him as he was actively stabbing Johnson.”

“He’s a hero in this situation,” Sgt. Lewis said, referring to Vaughan. “It could have gotten a lot worse.”

Damned right it could have been a lot worse. Much. But leave it to the politically correct media[7] to cast doubt by using the word ‘allegedly,’ when the sadistic asshole was caught in the act. Next it will be ‘the poor, misunderstood Muslim’ and somehow it will be the business owner’s fault. You watch. You want motive, you moronic idiots? It’s called Islam.

Nothing like a zealous recent convert to get his rage on[8].

Nolen was the perfect convert to Islam — a violent and unstable criminal[9]:

Records show Nolen has a previous criminal record including assault and battery on an officer and possession of a controlled substance.

In 2010, he was charged with escaping from detention after he sparked an overnight manhunt. Police officers had tried to arrest him over drug-related warrants but he eluded them until the following day.

So, of course the murderous cretin went after women. Easy prey and not armed. Everyone should be armed folks – every adult… period. We are at war with the Islamic State and the war is here. It will affect each of us – this won’t be a far off war we can wax poetic over. It will be in our front yards, on our streets, at our work, in our houses of worship… in our homes. Your families and your children are now targets for a holy war. You had better prepare for battle.

The Islamic ritual slaughter of beheading has moved past Iraq, Syria, Algeria, Philippines and into the streets of London and now the American workplace.

Former co-workers said he tried to convert them to Islam after recently converting himself. The New York Daily News does not mention that salient fact in its coverage here[11] but they will run vicious attacks[12] on our jihad-awareness ads.

Bloody Jihad comes to Oklahoma and America finds herself at war with the enemy within and without.

Oklahoma beheading suspect Alton Alexander Nolen calls himself “Jah’Keem Yisrael” on his Facebook page, where he uploaded photos of himself reading the Koran and wearing Muslim religious clothing.

Nolen’s Facebook “cover” photo appears to be of several Taliban fighters, according to a Google reverse image search.

More On The Beheading In Oklahoma…[14] 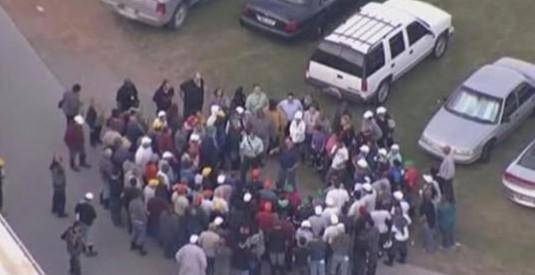 30-40 Oklahoma Muslims read from the Koran during the press conference.

Update: This was not a one off, lone wolf kind of occurrence. Nope. Another beheading threat has just been brought to light by Breitbart… Another One: Fired OK City Nursing Home Employee Threatened to Behead Co-Worker[18]:

In what the local media is calling “a bizarre coincidence,” a fired Oklahoma City nursing home worker was arrested Friday after allegedly threatening to cut a co-worker’s head off.

Jacob Mugambi Muriithi, 30, is being held in the Oklahoma County jail on a terrorism complaint. His bail is set at $1 million.

Muriithi, a native of Kenya, worked at Bellevue Nursing Home in northwest Oklahoma City, according to police. His arrest Friday coincided with the revelation that fired Vaughan Foods worker Alton Alexander Nolen/Jah’Keem Yisrael had beheaded a co-worker after he was fired the day before.

The co-worker, who has not been identified, accused Muriithi of threatening her while they were both working at the nursing home on Sept. 19, according to the arrest warrant affidavit.

She said Muriithi identified himself as a Muslim and said he “represented ISIS and that ISIS kills Christians,” the detective told a judge in the affidavit. The two had not worked together before.

And this one IS tied to ISIS. A bizarre coincidence? You’ve got to be kidding me. Wonder if they went to the same mosque? Wonder if the police are gearing up for a holy war? Wonder if we all should.

As Mark Steyn said in his fantastic post: Winning Heads and Minds[20]:

So he wasn’t just mildly Islamic in the nothing-to-do-with-terrorism sense, he was super-Islamic in the really-totally-no-terrorism-to-see-here sense.

America… are you willing to let this continued barbarism occur on our soil? Evidently, Obama is. Still no comment on the beheading of an innocent woman, the stabbing of another and the threatening of a third. But he did have time to go to a fundraiser and play golf, I hear. Absolutely non-presidential, but very Islamic.