BREAKING: Nursery Worker Attacked With Blade – ‘Allah Will Get You!’

This is just getting ridiculous.[1] A woman in her 30s this morning was on her way to work at a nursery, when three women grabbed her from behind, pulling her to the ground. They punched, kicked and beat her and then pulled a knife and slashed her arm. Luckily for her, they took off and she’ll survive. They were shouting “Allah will get you!” and they were quoting the Quran. The police came and the woman was taken to a hospital. But neither the police, counter terrorism or the BBC will call this a terrorist attack. And they infamously described the women as ‘Asian’.

They didn’t even want to mention ‘Middle Eastern’ or Muslims and they certainly didn’t want to label this terrorism. They just called it a crime. It was terrorism for Pete’s sake! The Met have confirmed Counter Terrorism Command are aware of the incident, but said they are not leading the investigation. No arrests have been made and none probably will be. When you can’t even call terrorism what it is, how do you fight it? The nursery school was locked down just in case and I don’t blame them. 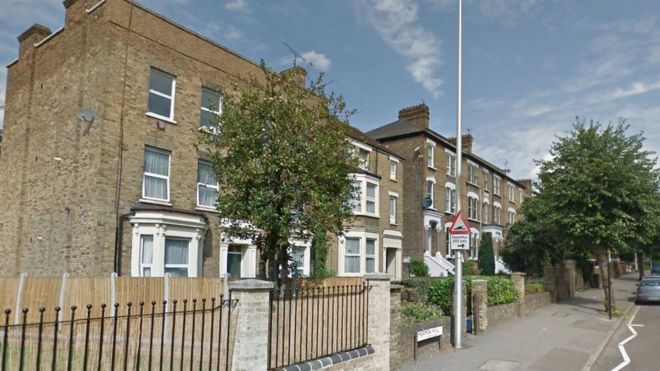 Counter Terrorism Police have been alerted after three women, alleged shouting “Allah will get you” and quoting the Quran, stabbed a nursery school worker in North London.

The victim was waiting at a junction in Wanstead at around 9.30am when she was attacked from behind by the trio, pulled to the ground, and attacked with a blade. The women’s injuries are not said to be life-threatening, but the school is on “lockdown”.

The BBC described[3] the attackers as “three Asian women dressed in black”, but declined to mention the reports of “Allah” chants, and insisted it was not being treated as a terrorist incident at this time.

Karrien Stevens, the manager of Little Diamonds Nursery, said the worker was treated by paramedics and later taken to a hospital.

She told[4] the East London and West Essex Guardian: “She got to the Hermon Hill traffic lights when she was attacked from behind by three girls who pulled her to the ground.

“They started kicking and punching her and then took out a knife and slashed her arm. Apparently, they were shouting parts of the Quran saying things like ‘Allah will get you.”

The victim must have been terrified and it could have ended very badly for her. She’s probably furious that the police are not treating this the way they should be either. The nursery boss said the attackers ran off when a man came to rescue the woman and take her to work. Stevens added: “When she got to work we couldn’t believe it and called the police straight away. “It’s terrible, I’m absolutely horrified. You don’t expect something like this to happen on your doorstep.” No, you don’t.

This stabbing comes just four days after the terror attacks in central London, when three attackers drove into people at random on London Bridge before stabbing innocent victims at random in restaurants and bars around Borough Market. The terrorists, who were all shot dead by police, left eight dead and over 50 injured. Police drove the victim around the area to try to find the perpetrators, but failed to find them. Yet another Ramadan incident and we all just sit around waiting for the next killing spree. But don’t you dare call it terrorism.

Woman in 30s taken to hospital after knife attack in street in #Wanstead[5] this morning. Police not treating as terror-related. pic.twitter.com/RZMKiIziZm[6]