America received a special birthday gift from our northern neighbor this Fourth of July:

The Canadian government will apologize to former Guantanamo Bay inmate Omar Khadr and pay him around $8m (Canadian $10m) to compensate him for the abuse he suffered in detention, two sources familiar with the matter said on Tuesday.

The bomb-making son of senior member of al Qaeda, Khadr was captured in Afghanistan. He pleaded guilty to murdering a U.S. Army medic.

Khadr later recanted and his lawyers said he had been grossly mistreated. The Canadian Supreme Court ruled in 2010 that Canada breached his rights by sending intelligence agents to interrogate him and by sharing the results with the United States. …

Khadr spent a decade in Guantanamo before being returned to Canada in 2012 to serve the rest of his sentence. He was released on bail in 2015 and lives in Edmonton, Alberta.

Who the hell is running Canada these days? 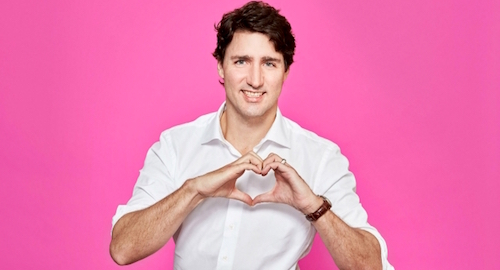 Okay, that explains everything.

This underscores why the worst-of-worst terrorists fattening up at Club Gitmo should be executed when we are done coddling them, rather than turned over to other countries.

On a tip from Heckrulz. Cross-posted at Moonbattery.